Any Avatar: The Last Airbender fan knows and will agree that Toph is probably the greatest earth bender there ever will be. She is one of the best characters and fighters from the series. She is also the only earth bender to perform metal bending. Despite of being blind, Toph never let that come in her way to become an earth bender. She came from a noble family with protective parents but still she goes against odds to teach herself new styles of earth bending. She uses her earth bending to fight creatively and sensing her enemies moves before they are able to touch her and she defends them very well.
On the other hand, the Avengers are definitely strong as a team, but as a sole contender, each of them has a certain weakness.
There is a strong chance that if Toph had a one on one with every member of avenger, she would definitely embarrass them. 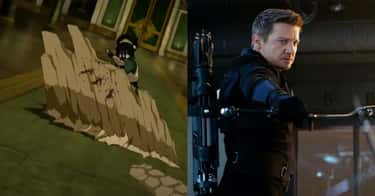 Hawkeye has been a trained spy. We know how accurate his aims are. He has the instincts that of a Dai Lee agent. He certainly can be lethal with any weapon in his hands but he does not have any superpower.
On the other hand, due to all the practice she has had with her bending, he can definitely sense any weapon coming towards her. Fans will remember that Toph was able to predict the directions of the knives thrown at her by Mai who was an equally skilled sharpshooter.
In case Hawkeye and Toph were thrown in a dark room together, Toph would definitely emerge as a winner. 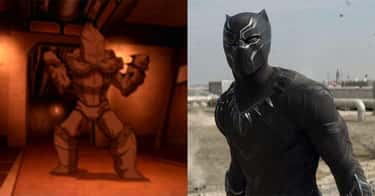 Black Panther is an avenger whom every fan respects a lot. Despite of being from a Royal family, he still respects everyone and is quite considerate. Wakanda is famous because of it’s the source of vibranium – the strongest metal on the planet.
But natural , Black Panther’s suit is made of the same material and he relies way too much on the same and  the technologies that come with it.
However , if Toph cannot break apart his cool suit , she can definitely leave him with his mouth open by creating her own cool suit using her earth bending. 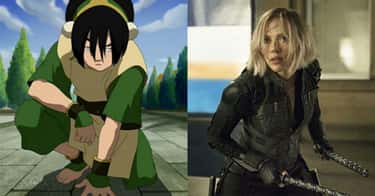 Black Widow is highly well trained spy and fighter. But she like Hawkeye , doesn’t have her own set of abilities or superpowers. She is really great in combat but that would be of any help if she could get close to Toph. Black Widow is also a great liar and no one can fool many people after all that was a part of her training.
But unfortunately for Black Widow , Toph can sense if someone is lying and she can of course stop any movement mid air using her bending. Moreover , she would not allow Black Widow to come closer to her and definitely keep her at a distance using her earth bending. 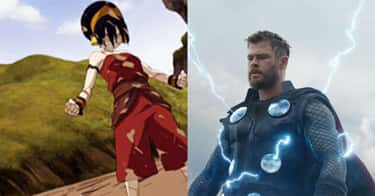 Thor , the God of Thunder and is an extremely powerful avenger . He has been able to go head to head with Hulk and even deliver some blows to him. His strength compared to his mighty hammer Mjolnir , can become a difficult opponent. And of course , Thor can summon lightning as well.
Now Toph might not be able to wield Mjolnir or summon lightning but she can bend mud aka the earth which becomes a good advantage against someone who useless more of thunder in his fights. It would be a tough fight for sure and maybe Thor could win it easily if he takes her to Bifrost as there would be no earth to bend. 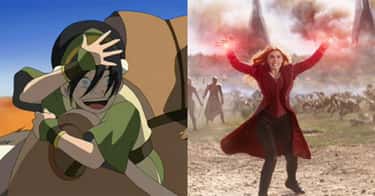 Scarlet Witch has some quite impressive reality bending powers. She is one powerful character but that’s until and unless she has her balance with herself. We all know she can lose control quite easily and that becomes a negative point for her.
Sadly, for Sacrlet Witch, Toph can NOT see. As she is blind, it would be really difficult for Scarlet Witch to wrap things around Toph to play with her head as her illusion depends a lot on other’s sight. And Toph can sees through her feet.
Scarlet Witch will have a hard time throwing hexes at her as well because Toph moves swiftly. 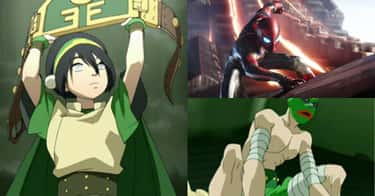 Spider Man is quite similar to Gecko whom Toph had beaten. But he has one advantage of staying off the ground. He can use his webs to cling on buildings . He could distract Toph by using his webs and if he uses them to wrap around her feet considering she sees using her feet, Spider Man could stand a chance against Toph . Moreover , his high tech equipments given by Tony Stark would come to his aid too. But it would not be that easy , because Toph has extremely sharp and accurate senses which help her dodge many attacks. This could be an interesting fight to watch. 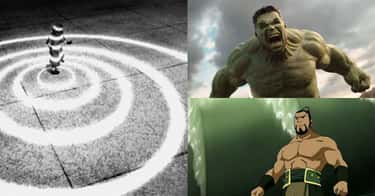 Hulk is extremely strong. End of the list. He becomes angry and often loses his control and does not think much with his head. Even though he has competed against strong aliens , it would be challenging for him to face Toph.
Toph has already defeated someone as similar as Hulk aka The Boulder. Toph is a smart fighter. She works by using her opponent’s strength against them. This could be difficult for Hulk. She could be able to take Hulk down quite easily using her earth bending powers. 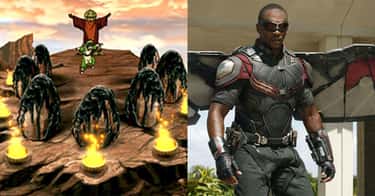 Falcon mostly as much as possible fights in the air. That would be challenging for Toph to pinpoint where exactly Falcon is.
However , she can throw boulders into the sky which could be one scary sight for the birds enjoying in the sky.
She can definitely throw few at Falcon if she can sense his location and if she damages his wings and he has to fight from the ground , Toph could be a winner. 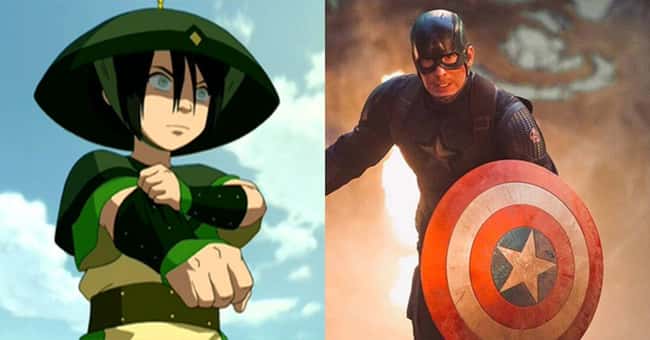 Due to Captain America’s super strength , opponents find it difficult to beat him in the battle. He has a great mind which helps him plan such strategies that helps the Avengers win many battle. There is a reason he leads most of the battles he has been part of.
But in advantage of Toph , his shield is made of metal. She can easily use her metal bending for it. Apart from his shield , he is just an aged man with strength .
Captain America can’t move anywhere apart from ground. As a result Toph can sense where he is moving. Even if Captain America tries to run away from her or attack her from behind in order to use her blindness as his advantage , he would still fail  miserably as Toph does not really need to be close to him to use her earth bending. She can attack him from a distance too. 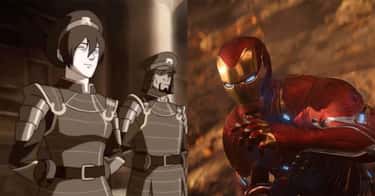 Tony Stark is strong because of his suit. Iron Man’s famous suit is obviously made of metal. Though his suit is well equipped with technologies and weapons , at the end it is metal. Toph is the only earth bender who could perform metal bending. This would give Toph a massive advantage over Iron Man.