The Batman Who Laughs is one of the most recent and popular villains to be introduced into the DC world. This new villain, based on a cross between Batman and the Joker, is one of the most terrifying characters to ever appear in a DC comic book. Combining Batman’s knowledge and combat skills with the Joker’s nihilistic psychopathy have resulted in the villain doing a slew of extremely wicked deeds. Countless innocent people have been slain or tormented by him. Worst of all, he relishes every minute of it.

Carnage was previously Cletus Kasady, a serial killer who transformed into Carnage after merging with the spawn of the alien symbiote Venom during a jailbreak. His psychotic disposition was enhanced by the symbiote, making him considerably less psychologically stable than before, and hence even more deadly.

The Batman Who Laughs – Murdering The Bat-Family 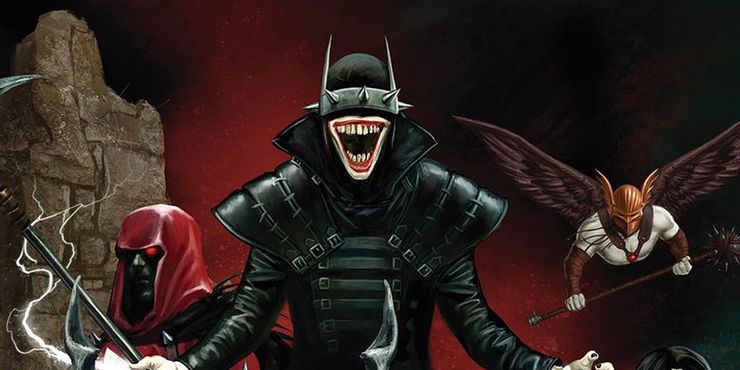 Shortly after being infected by the Joker’s poisons, this version of Bruce Wayne summoned the entire Bat-Family to the cave to train. The family assumed that Batman was teaching his proteges to battle his soon-to-be evil self after learning about this method. This, however, was not the case.

Bruce, it turns out, had already gone full Joker. He informs his closest family and friends of this information just seconds before murdering them all.

The Batman Who Laughs – Rabid Robins 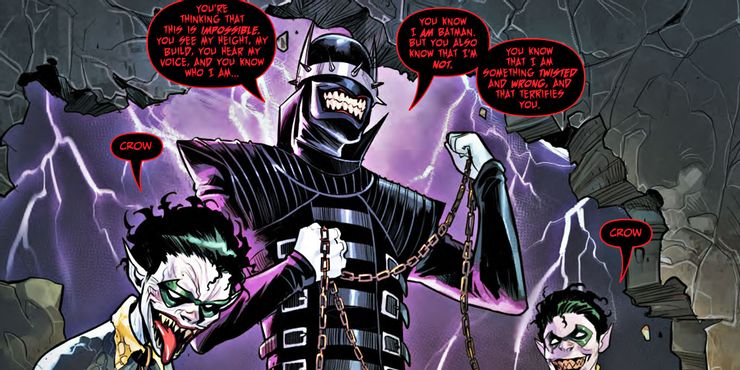 Before the Batman Who Laughs was even born, the Joker of his realm discovered Bruce’s identity, rendered him unconscious, and proceeded to destroy all of Gotham City. Joker picked up youngsters from all around the city, slaughtered their parents in front of them, and then bathed them with chemicals, turning them into little Jokers.

Later, the Batman Who Laughs kidnapped all of these psychotic kids and transformed them into his own Rabid Robins. These Rabid Robins are crazily devoted and incredibly dangerous in battle.

The Batman Who Laughs – Taking Over Gotham 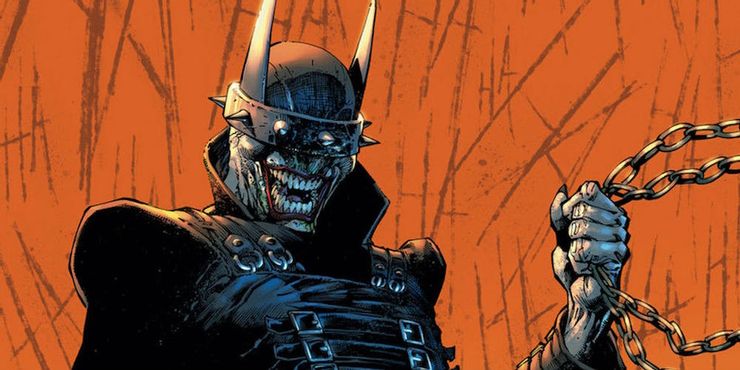 After arriving on Prime Earth, this crazed baddie chose to head straight for Gotham City. When Batman Who Laughs arrived, he instantly assumed control of Gotham City. He then went out and found all of Batman’s foes, bestowing upon each a specific ability.

The villains have been imbued with extraordinary talents of reality manipulation thanks to the cards composed of Cosmic Metalllurgy that Laughs provided them. Bane, Riddler, Mister Freeze, Poison Ivy, Mad Hatter, and Firefly were then able to seize control of various regions of Gotham City, turning them into their kingdoms with the help of reality-warping cards.

Carnage – Infected A Whole Town With His Symbiote 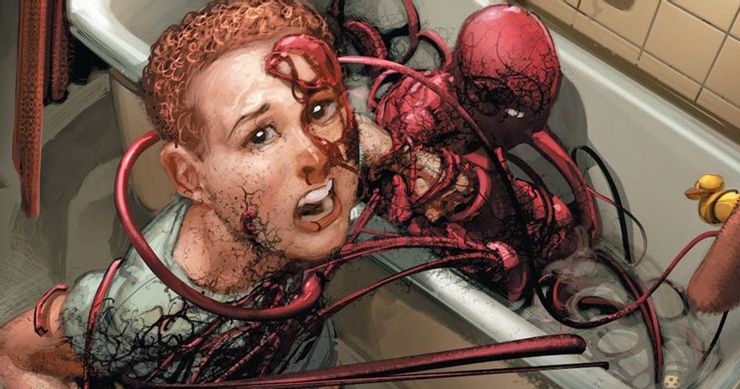 While Carnage put a baby’s life in peril in an earlier heinous deed, he was still in the early phases of his Carnage symbiote relationship. Carnage’s horrors paled in contrast to prior acts of violence as their bond strengthened and darkened with time. Cletus took over a whole town with his symbiote in Zeb Wells and Clayton Crain’s Carnage U.S.A. from 2011.

To bulk up his symbiote, he ate a large herd of cattle, then flooded the drains of a small town, enslaving the population through torture, manipulation, and symbiotic control. For a time, he even had control of the Avengers, albeit they eventually triumphed. Carnage’s destruction of the village and its inhabitants took him to a new level of wickedness. 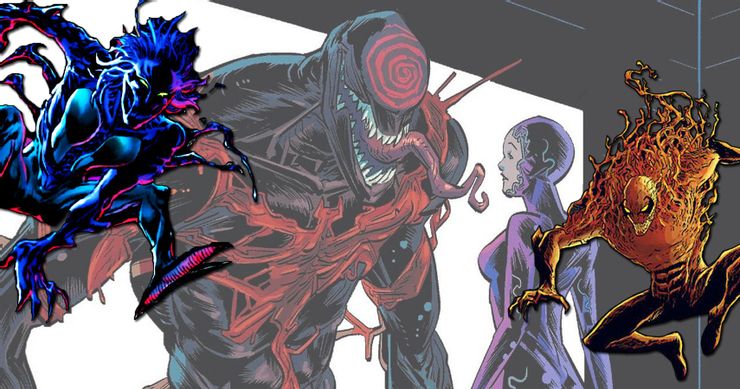 Fans first learned that symbiotes generate offspring asexually when the Venom symbiote unwittingly spawned the symbiote that would combine with Kasady to become Carnage. Over the years, the Carnage symbiote has spawned a few kids, all of whom Carnage has tried to murder at some point for fear of them becoming a more powerful symbiote than he has become.

Toxin was the first offspring, and be linked with a variety of hosts before joining Eddie Brock. Toxin, along with two other recent children, Raze and Panacea, was later sacrificed to stop a Darkhold-powered Carnage. He also recently killed the technopathic Scorn’s host, however, it’s unclear whether the symbiote was also slain by Carnage.

Carnage – Multiple Murdered Before He Was An Adult 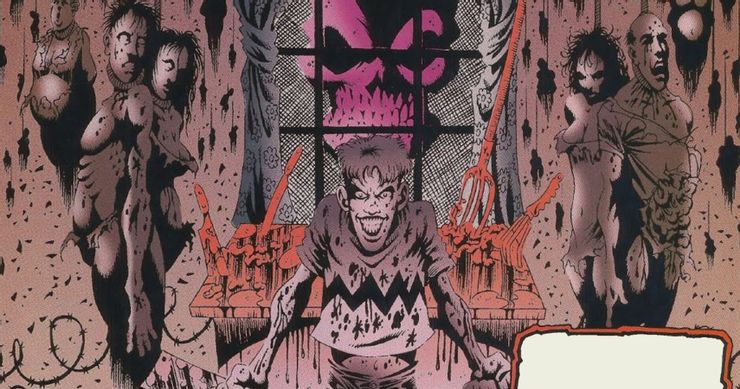 Cletus Kasady was initially introduced to fans as a jailed adult sharing a jail cell with Eddie Brock, his previous crimes as a serial killer being known to Brock and the public at the time. Kasady had already established his sociopathic sadism as a young child before this introduction and his eventual meeting with the progeny symbiote of Venom that would culminate in the creation of Carnage.

Fans have learnt more about Cletus’ past over the years, including how he tortured and killed his mother’s dog with a drill and how he killed his grandmother by pushing her down the stairs. However, it was his arson of the St. Estes Home For Boys, which came after a string of teen murders, that really paved the way for Carnage.