Weddings and funerals are events which attract many people who attend and pay their respects. Just like the real world, comic book events are no different and often news about a wedding or a death of a character gains more attention than the usual news.

Comic books are more or less like soap operas with romance, love triangles and action striding their pages. The characters there are living their day to day lives and at times, when we see Superman sipping a cup of coffee in his office, we think that even we do that. When a young mutant at Xavier’s School gets detained, we understand that heroes aren’t born heroic, they were all young and made mistakes, like we all do.

For an average human being, marriage is like facing Galactus and it might be the natural dichotomy between home and work life of superheroes which make their wedding a special issue. This might just be the reason why writers have slowly started to move away from them.

Back in 2013, DC found themselves in hot water after Batwoman wasn’t able to marry Maggie Sawyer. This even caused the creative team to change and eventually crushed one of the best comic book series by DC at that time. Dan DiDio later explained the reason saying that anyone who takes up the responsibility to fight crime in Gotham has to make sacrifices and this is what defines them as heroes. This statement didn’t satisfy everyone but DC did it again in Batman #50, where The Bat and Catwoman were about to get married but they didn’t. 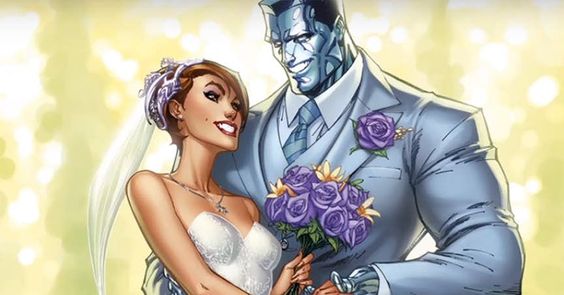 Batman isn’t the only hero in the comic book history to be getting married. Doctor Octopus tried to marry Aunt May in Amazing Spider-Man #131 and Scott Summers got married to Jean Grey in Marvel. Colossus and Kitty Pryde also tried to marry each other but ended up getting separated. To be honest, a wedding fallout makes the story more dramatic and soapy with a character leaving the altar and to-be spouse, choosing not to marry him/her. An event like this can even change alliances and create confusion in the minds of the readers and characters.

It’s evident that publishers are slowly moving away from superhero weddings because the times are changing now and the viewers and family dynamics are different that what they used to be. Superheroes also need drama to get the things going. Another reason might be that readers feel that marriage dulls the heroes especially when it comes to being vigilantes. The same happened when Luke Cage married Jessica Jones and after they had a kid, their passion to solve cases seemed to have diminished.

Despite what one might say, characters getting married will always be a point of debate for all and for every marriage that’s celebrated, there will be one that’s disliked by readers.