Iron Man played by Robert Downey Jr. was officially the start of the Marvel Cinematic Universe. For 10 years, the character of Tony Stark evolved, and became so much more than a cocky, arrogant playboy we had met at the beginning. 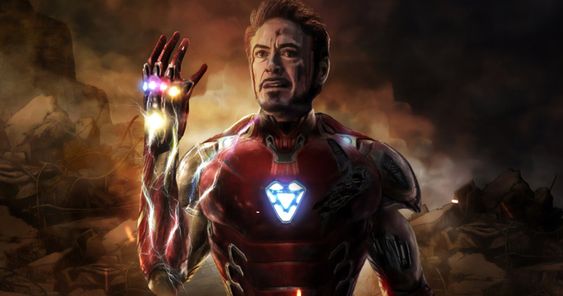 At the end, Tony Stark even sacrifices his own life to win the biggest fight the Avengers and their allies had ever fought. That too against one of their most formidable enemy – Thanos. But this is not the first time the Iron Man was a self sacrificing hero, worthy of our praises.

At the end of The Avengers movie, contrary to what most thought of the ‘Tin Man’, Stark put his own life on the line when he carried the missile through the open portal to save Manhattan and its inhabitants. Despite Captain America taunting him to be someone who only looks for his own gain in everything, Iron Man did the complete opposite of what people thought of him.

Iron Man became someone worthy of being called a hero. Someone, who knows what it means to sacrifice their own lives for the good of the people, someone who is so much more than what people give him credit for.

And that brings a question of if he is so worthy, why wasn’t the character of Iron Man let to lift up the hammer of Thor – Mjolnir?

“Whosoever holds this hammer, if they be worthy, shall possess the power of Thor.” 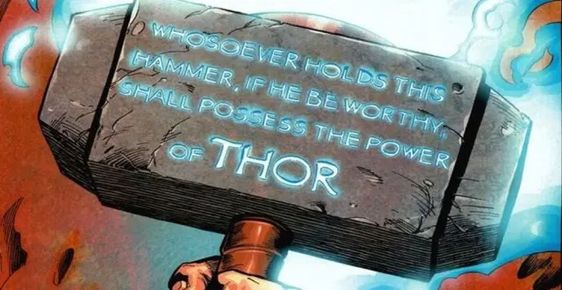 That is exactly what the inscription says on the enchanted hammer, which can only be wielded by someone who is worthy of it. In the Marvel comics, that fortune was admitted to a handful of people. Thor himself, The Vision, and Captain America.

In Avengers: Age of Ultron, in the beginning of the movie we see all the Avengers sans Black Widow and Thor trying to lift up the hammer. The hammer won’t budge for anyone, although there is a second when it moves by millimeters when Steve Rogers tries to lift it. The moment passes soon enough, much to the relief of Thor, who declares them all unworthy to lift it. 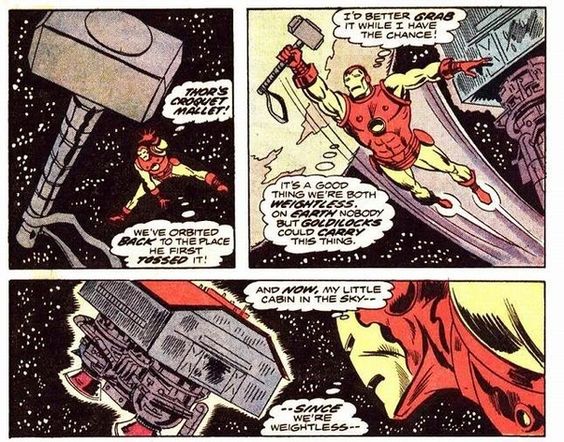 But this is where the argument arises. In the first Thor movie, after Thor is banished from Asgard by Odin, and he lands on Earth, he is unable to lift the hammer for days. The hammer itself deems him unworthy to wield it. but by the end of the movie, when Thor sacrifices himself for his friends against the Destroyer (sent by Loki, of course!), the hammer flies up from the containment one of SHIELD and lands on Thor’s hand. He is Thor once more, and thus, worthy to lift the hammer again. 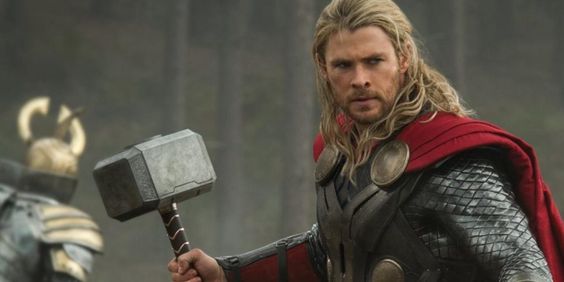 But if being self sacrificing is the criteria to wield Mjolnir, then when Tony Stark tried to wield the hammer at the beginning of the second Avengers movie, he should very well be worthy of it. He sacrificed his life for his teammates (most of whom he doesn’t even know for more than a day), and the rest of the city.

So does that not make him equally worthy to wield the hammer?

The Vision is only a day old, and thus removed from the all the corruption of the society. For him to wield the hammer is a sign that he is pure, even though he is not the self sacrificing here. At least, not yet, as his sacrifice comes later in Avengers: Infinity War. 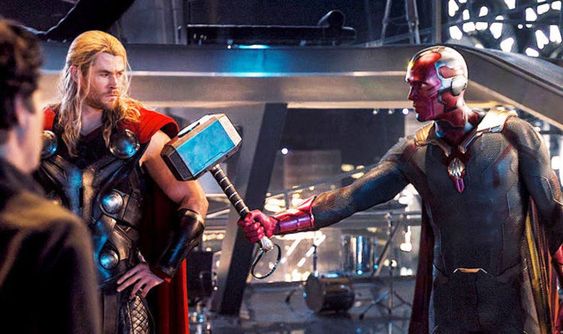 But Iron Man has gone on to prove again and again, that when push comes to shove, he is someone his team can always trust. The whole idea of Ultron, even though it backfired hugely, was so as to keep the world safe from alien threats. And even that was a result of the vision shown to Tony by Wanda Maximoff. His intentions have always been good, even if his methods maybe questionable.

When Captain America lies to Iron Man in Captain America: Civil War about the death of Howard and Maria Stark, and Bucky’s involvement in their deaths, it’s a showcase on how even the most pure and principled man can be deceiving when it comes to save the people they love. 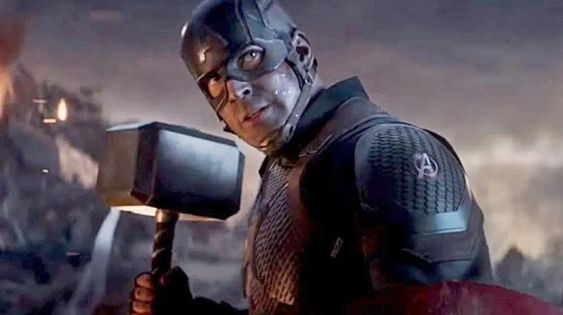 Despite that, we see Captain America being able to wield the hammer at the end of Avengers: Endgame when they battle Thanos at the end, before Tony sacrifices his life to erase Thanos and his army into nothingness.

How can a man who is able to wear all the infinity stones at once, despite being a mere human without any super powers, and still have enough energy to snap all their enemies our of existence, not be worthy of wielding Thor’s hammer? 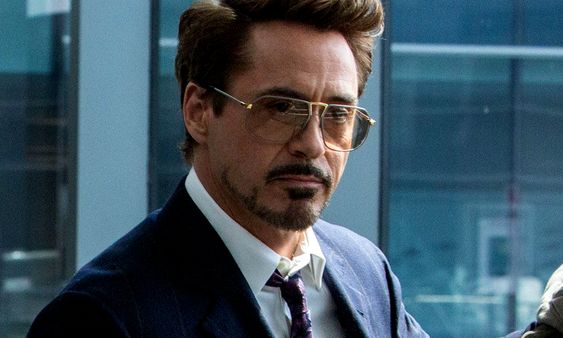 Maybe Iron Man is not as pure and clear hearted as Captain America or Thor or The Vision, but he has proved it over and over again, that he is a worthy hero. And he is no less that his teammates in any capacity, even if he might not be similarly super powered as the rest (sans Hawkeye, of course!).