On Sunday the American Music Awards show was held inside Microsoft Theatre many celebs attended the award show. Then arrived Machine Gun Kelly in the award show and steals the attention of everybody. The 32-year-old hitmaker grabbed everyone’s attention and showed off his unmatched sense of style once more. The rapper always has been making headlines for his unique styling and dress. This time also the same thing happened at the American Music Awards the rapper has been called out by his fans for his unique styling.

The rapper appeared at the AMAs 2022 red carpet on Sunday donning an unnerving purple Dolce & Gabbana suit that’s been entirely covered in metal spikes. It wasn’t long before followers made fun of his outfit on social media. The rapper gave his edgy look a little additional edge with a silver chain necklace decorated with spikes, a ton of matching rings, and a pair of black combat boots with silver studding. Many followers were worried about how Megan Fox’s fiancée would be able to enter the Microsoft Theater and find a seat.

The rapper-singer  won the Favorite Rock Artist award for the consecutive time in his career at the AMAs. The Cleveland resident took the stage while donning a purple outfit with many, nearly foot-long metal spikes. Meghan Trainor had already declared him as the winner. “Thank you to the fans who got me here,” Machine Gun Kelly said as he took to the stage. He then responded to a fan who shouted “I love you” by saying “and I love you!” said Kelly.

In the Favorite Rock Artist category, Red Hot Chili Peppers, Mneskin, Imagine Dragons, and The Lumineers were also nominated. As Kelly and Fox, 36, get prepared for their next chapter together, Kelly goes out on his own. The pair are “secretly arranging their wedding,” according to a source who exclusively revealed this to US Weekly last month, but they haven’t chosen a date just yet. 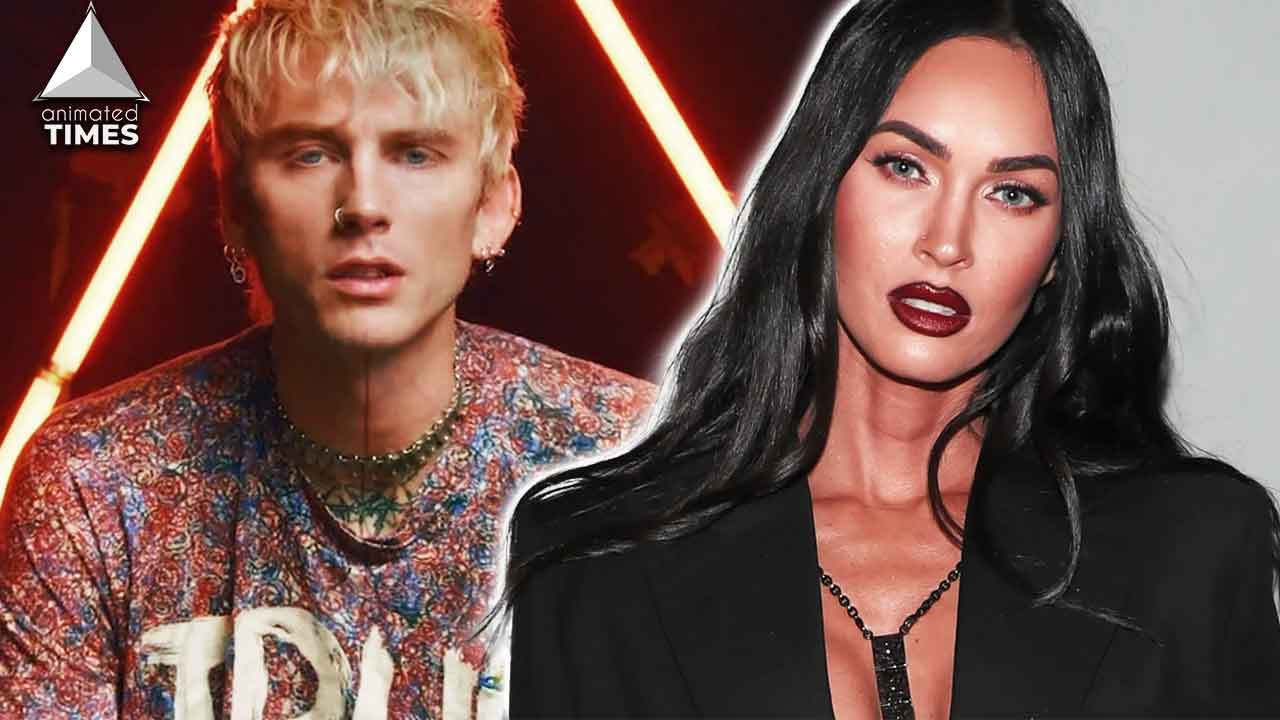 The report claims that the songwriter and the Transformers actress occasionally disagree. Months ago, she had reached the point of no return with him. … It deteriorated rapidly between them. He was the one who pushed for it to work since he loved her so much. He wanted them to be a happy relationship and for it to work. She was struggling, but now things are better.

Kelly is renowned for raising eyebrows, and this year alone, he has had plenty of bizarre incidents. The My Ex’s Best Friend performer celebrated following a sold-out performance at Madison Square Garden in New York City in June during an after party that took an unexpected turn.

Read More: “Megan wanted a break from his drama”: Megan Fox Had Enough Of MGK’s “Attention Seeking and Childish” Drama, Had A Tense Call With The Rapper For A Break In Their Relationship