It is a well-known fact that J. Jonah Jameson, Chief Editor at daily Bugle, hates Spider-Man’s guts. In fact, Marvel has made a literal fortune out of that hatred. In literally every alternate Spider-Man comic book arc, we see Jameson using his media resources to turn the public against Spider-Man. With Spider-Man’s vigilante lifestyle, it is a task way too easy. more often than not, Jameson manages to make Spider-Man look like the enemy. But have you ever thought why J. Jonah Jameson is hell-bent on maligning Spider-Man’s public image? 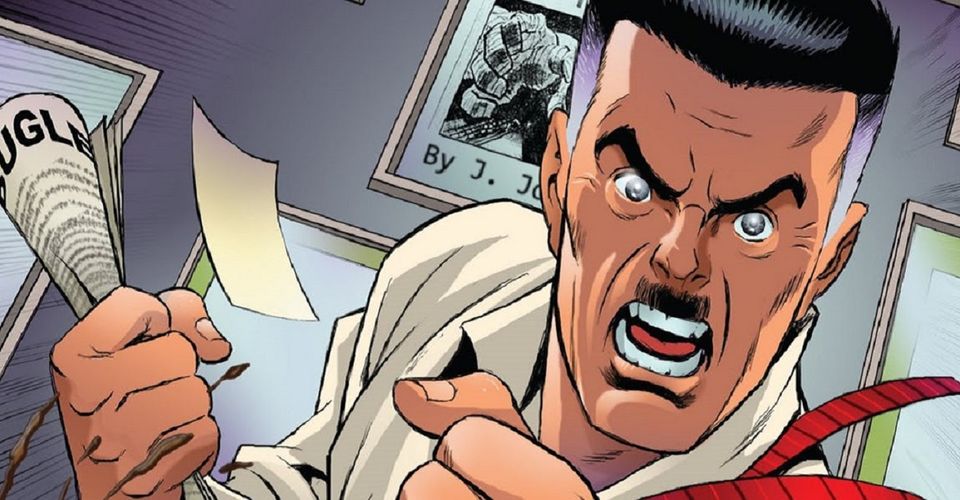 What kick does he get from badmouthing a superhero that has saved thousands of New Yorkers? Is he insane or does he have a motif most of us do not know of? It is recently that we saw a thaw in Spider-Man and Jameson’s relationship. The latter agreed to stop spitting venom against the wall-crawler. But the years before that saw a hostility between the two that went beyond all logical explanations.

There’s a reason why. 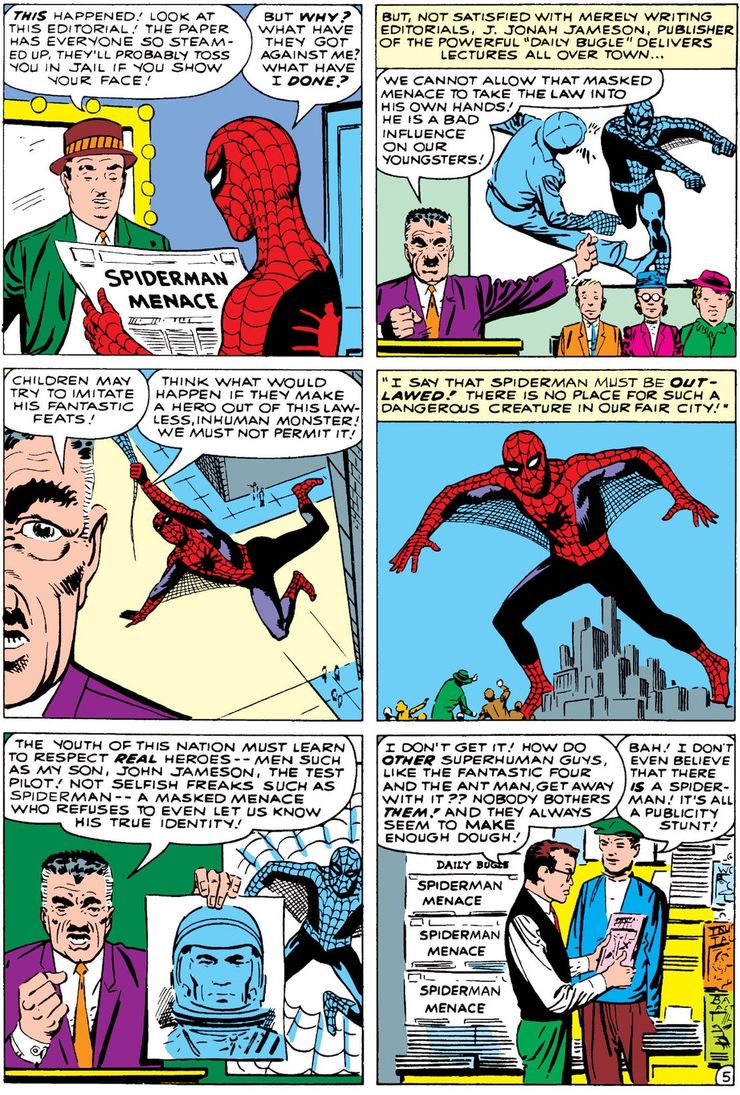 In The Amazing Spider-Man #1, Jameson attacked Spider-Man for kind of a noble cause. He wanted children to idolize traditional heroes like an astronaut or a doctor rather than a vigilante. Kids trying to emulate Spider-Man might get hurt. Jameson just wanted the kids to be safe.

In the latter comic book issues of Spider-Man, the only motif Jameson had for attacking Spider-Man’s public image was to mint money. The public loved controversies. And Jameson banked on riding on Spider-Man’s negative publicity to sell more newspapers. That was a shallow move, and it made Jameson look like a mother of all jerks. Later, that motif was ret-conned. Marvel Comics tried different ways to shine light on Jameson’s relationship with Spider-Man. 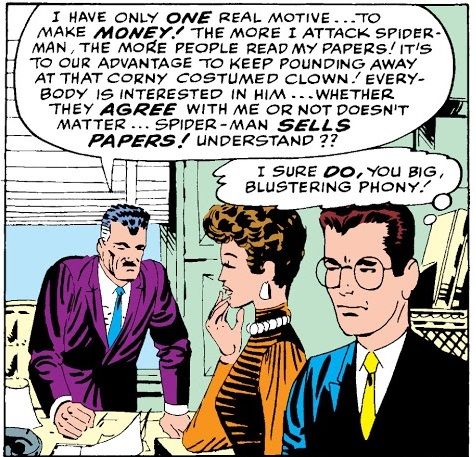 That motif was again changed in the Nineties. Jameson wanted to destroy Spider-Man’s image because he hated vigilantism. It undermined the real authorities like cops and firefighters that were the ‘real heroes’ of humanity. 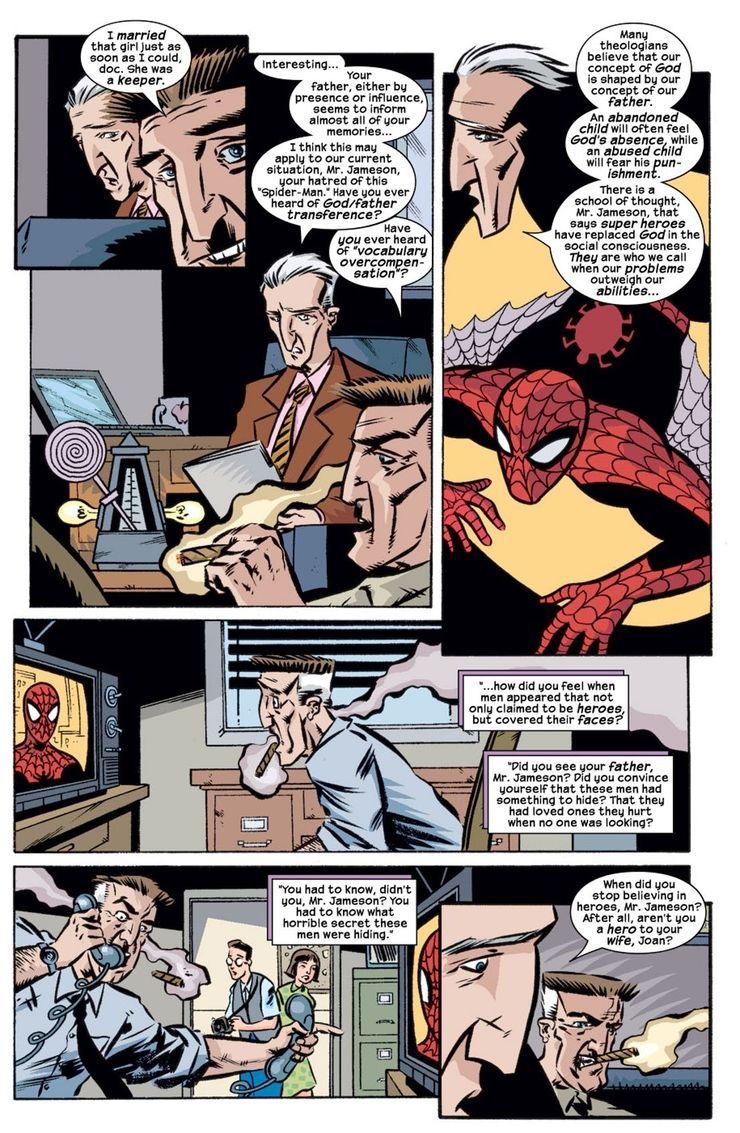 It was in Spider-Man’s Tangled Web 320 we realize why Jameson hates Spider-Man. The importance of ‘masks’ in J Jonah Jameson’s life is significantly high. When he was a kid, Jameson had an abusive childhood. His father would regularly mentally and physically torture him for the most minor of infractions. Hailed as a model family man by his neighbors., nobody knew this side of Jameson’s father. Nobody questioned Jameson’s father because he was a war hero. But Jameson knew what was up. Whenever he tried to unveil his father’s abusive jerk persona, nobody would listen to him. 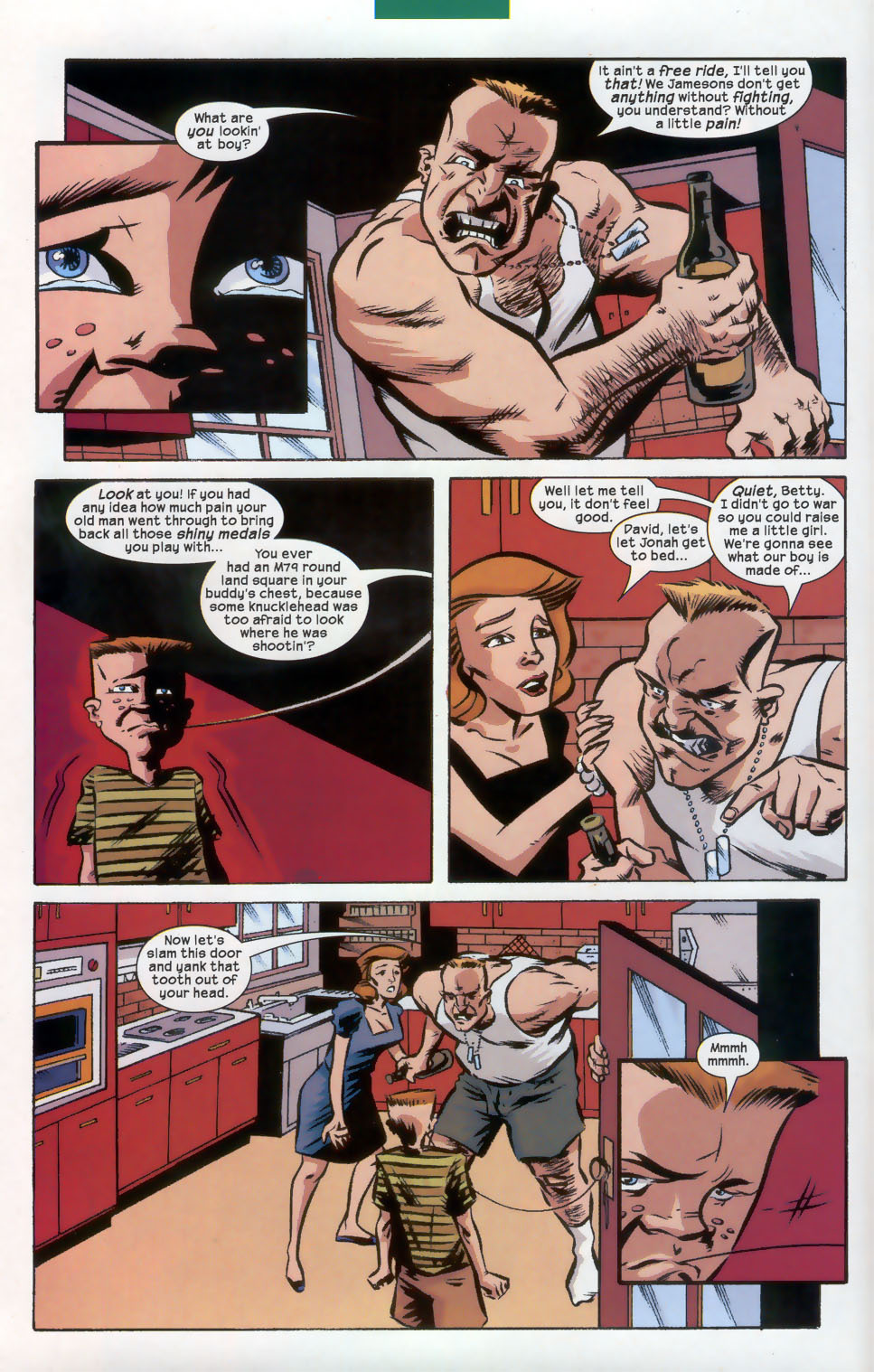 When Jameson grew up, he had a particular hatred for the ‘masks’ people wear to hide their two-facedness. Spider-Man, with his red, black and blue costume, hid behind a mask. Parker became the very personification of the things Jameson hatred. Because of his history with his father, Jameson believed Spider-Man was just another monster hiding under that veil of vigilantism.

And he made it his life mission to show the world what kind of a person Spider-Man truly is, something he couldn’t do to his father when he was a kid. Still think J Jonah Jameson is a jerk? Well think again. He has his reasons. 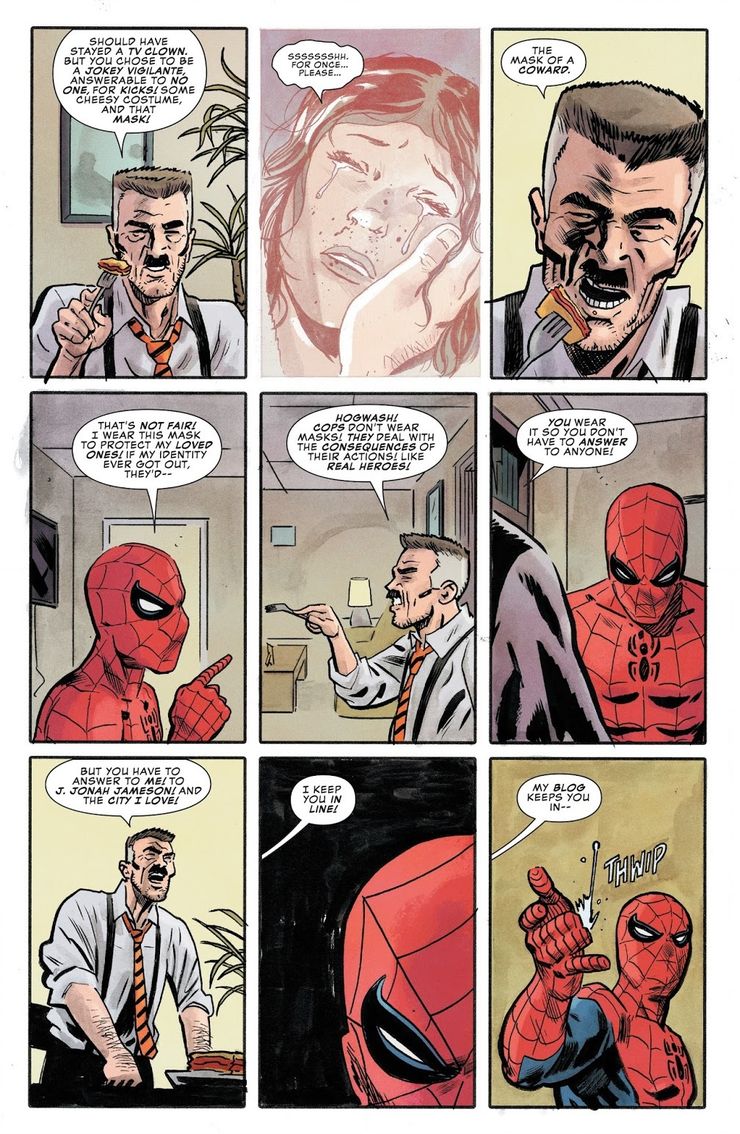 In the Spectacular Spider-Man #6, Jameson and Spider-Man had a heart to heart. Jameson had some vital information Spider-Man needed. He agreed to give it to the web slinger if he agreed to a one on one interview. It was in this interview that Spider-Man unmasked himself, revealing he is Peter Parker. Spider-Man and Jameson have had a smooth ride since.