With an extensive army and his formidable skills, Thanos, the Mad Titan, has attacked many planets in the MCU but never tried to invade Asgard. Why?

Thanos was perhaps the most destructive character in the MCU phase 3. With a rampaging army and formidable skills, Thanos has managed to attack many planets and murder people for his quest for the Infinity Stones. Then why he didn’t care to attack Asgard ever?

After The Avengers (2012), Thanos had to capture the Space Stone, aka the Tesseract, that was in Asgard, considering the events of Loki’s arrest. But even when the Mad Titan had the stone’s location, he didn’t go after it or any other Infinity Stone until later. While the reason behind this remained a mystery, an assumption could be that; Odin’s presence was the reason.

Odin was perhaps the only MCU character that had powers and means to defeat Thanos. In fact, it was Odin who once tried to capture all the Infinity Stones during the events of Thor: Ragnarok. He was so intrigued with the idea of the immense power he could have that he even tried to make a replica of the Infinity Gauntlet.

Undoubtedly Odin knew a lot about the Infinity Stones and the powers they emit. That is why it is obvious that he was aware of Thanos, the Mad Titan. Now since Odin wasn’t an open person, he kept a lot of things within his mind and brain, especially when things were related to his children. Even after knowing that Loki worked for Thanos, Odin didn’t fill him into the possible dangers.

Odin was NEVER in a state to face Thanos 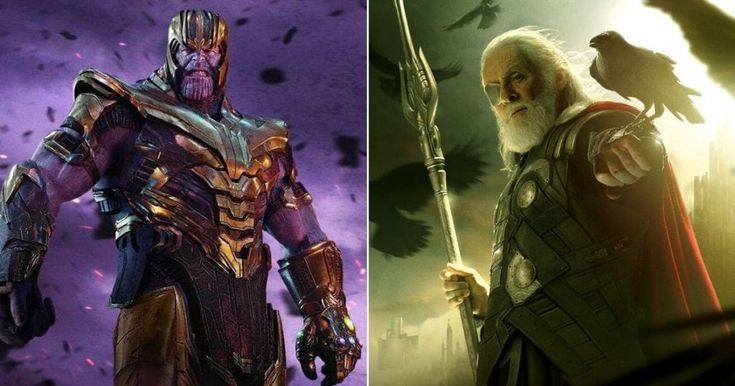 However, it is highly possible that Odin kept Loki and Thor in dark because he was getting prepared to fight the Mad Titan all alone. Considering Asgard’s defense system and extensive army, it becomes prominent that Odin must have had a plan for fighting against Thanos. The Mad Titan commanded the Chitauri army in Avengers: Endgame that posed a threat to the realm.

The reason why Odin didn’t care to begin the fight against Thanos is straightforward; his last few years were full of tragedies. After the demise of his wife, Frigga, Odin was placed under Loki’s spell and spent his finals days on Earth. It was the time when Thanos started to look actively for the Infinity Stones. This brings the fact that Odin could have taken a step to fight the Mad Titan but unfortunately, he never got the opportunity to do so.

All this theory sounds reasonable and makes high sense for one to acknowledge why Thanos never cared to attack Asgard. In Avengers: Infinity War, once that Asgard is destroyed, the refugee boards a ship and prepares to leave for Earth. That is when Thanos’ forces attacks, which means the Mad Titan was only waiting for their home to fall apart. Without Odin, the population of Asgard didn’t have a chance to fight the Mad Titan as half of the planet’s population was decimated during his attack. While this remains a theory as of now, Loki could have offered Thanos an easy victory when his father decided to retire.