WandaVision’s trailer gave us the first glimpse of a fully charged up Monica Rambeau.

In the comics, she was the Original Captain Marvel for over a decade before Carol Danvers took over.

Here are some facts about Monica Rambeau we bet you guys never knew.

Her Origin Story is Crazy 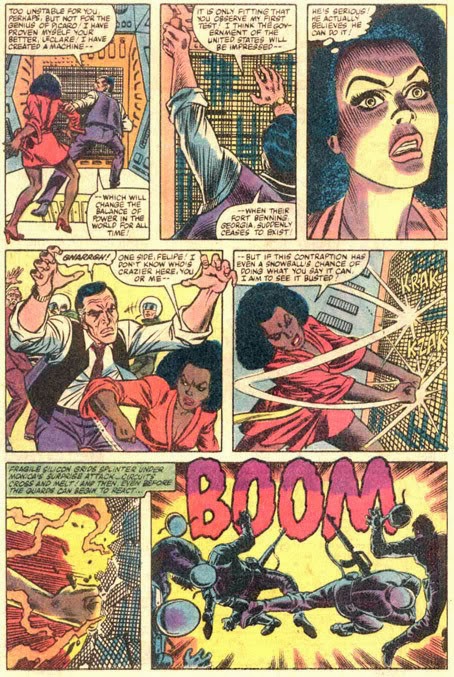 Monica started out as a talented cop who was young, fresh, and very good at her job.

But due to her gender, she was frequently not given the promotion she deserved to become Captain.

At the request of a family friend, she once decided to investigate a Roxxon facility. The facility was creating an experimental weapon that could kill thousands.

To stop it from falling into the wrong hands, Monica smashed it and was bathed in its extra-dimensional energies.

The weapon would become unstable and Monica is forced to absorb all the energy emanating from it to prevent an explosion.

This changed her body permanently and she thus became Captain Marvel. 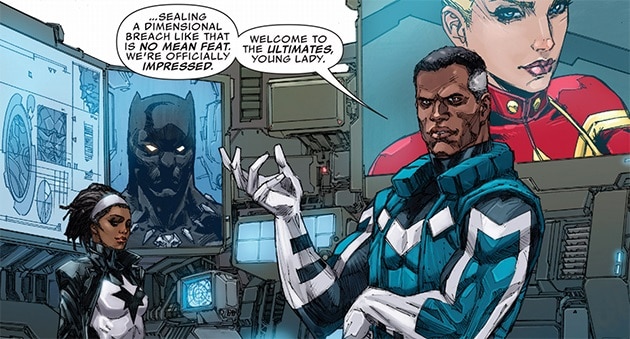 A significantly less popular character in Marvel Comics, Adam Brashear is a legend who deserves way more attention than he gets.

Brashear became a part of the Ultimates Team, which also had members like America Chavez, Carol Danvers, and Monica Rambeau.

But the relationship between the two blossomed way before that.

In the year 2013, Blue Marvel and Monica Rambeau were part of the Mighty Avengers team.

That was when sparks started to fly. A Superman-like figure, Adama Brashear is effectively more than 80 years of age. Monica is but merely around thirty.

But weirder relationships have been seen in marvel. Love is blind indeed.

Took Down Spider-Man and Iron Man at the Same Time 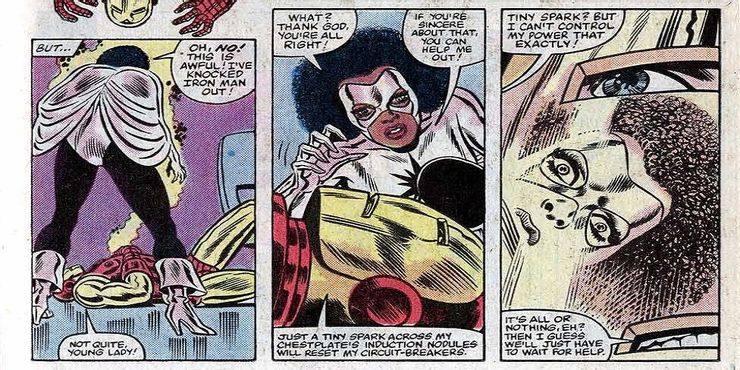 When Monica first became a superhero, she was having trouble handling her powers.

She took the help of the Fantastic Four. While in New York, a group of muggers tried to get the jump on her.

She easily dealt with them. Spider-Man was trying to check up on her when she accidentally knocked him down too.

Rambeau would then transport herself to the Avengers Mansion using her powers.

There she meets Iron Man. The Armored Avenger realizes very late that Monica Rambeau is too much for a single Avenger to handle.

Gave Up the Name of Captain Marvel 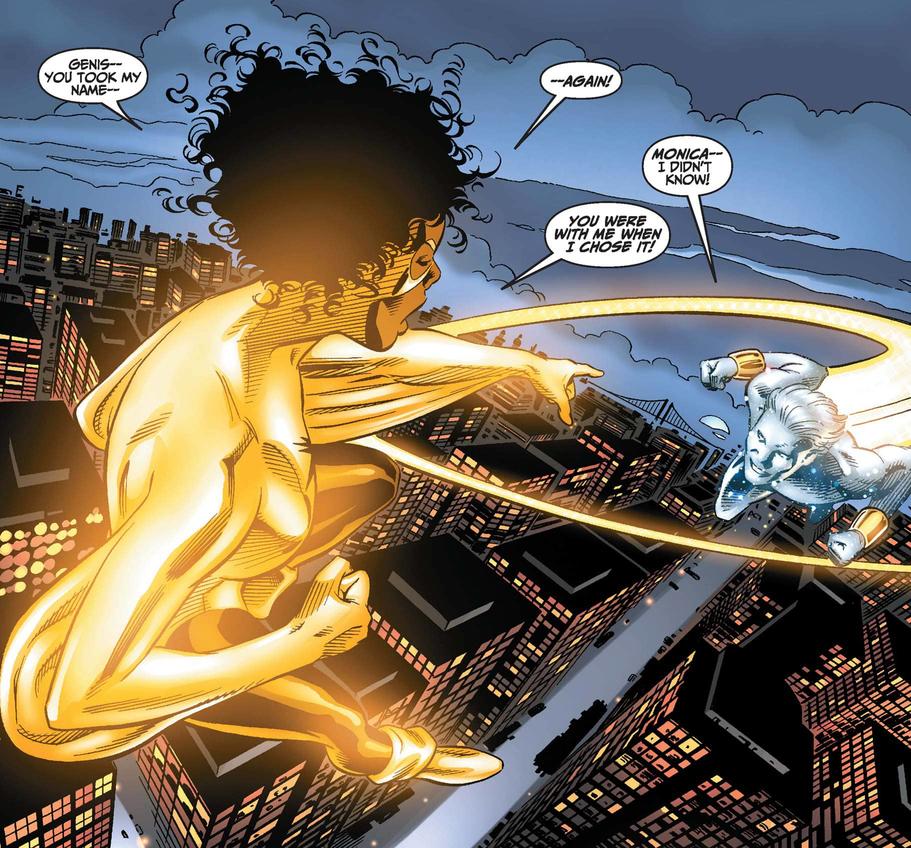 Monica used the superhero name of Captain Marvel for over a decade.

Then a new superhero came into the spotlight using the very same alias. Genis-Vell was the cloned son of Mar-Vell, the Kree Superhero.

Trying to live up to his father’s legacy, Genis-Vell adopted the name of Captain Marvel.

This did not sit well with Monica Rambeau, who fought with Genis-Vell over the superhero mantle of Captain Marvel.

After realizing Genis-Vell was merely trying to fill in his father’s shoes, she voluntarily gave up the name for someone else worthy enough to carry her legacy forward.

Made Her First Costume From Leftover Mardi Gras Outfits 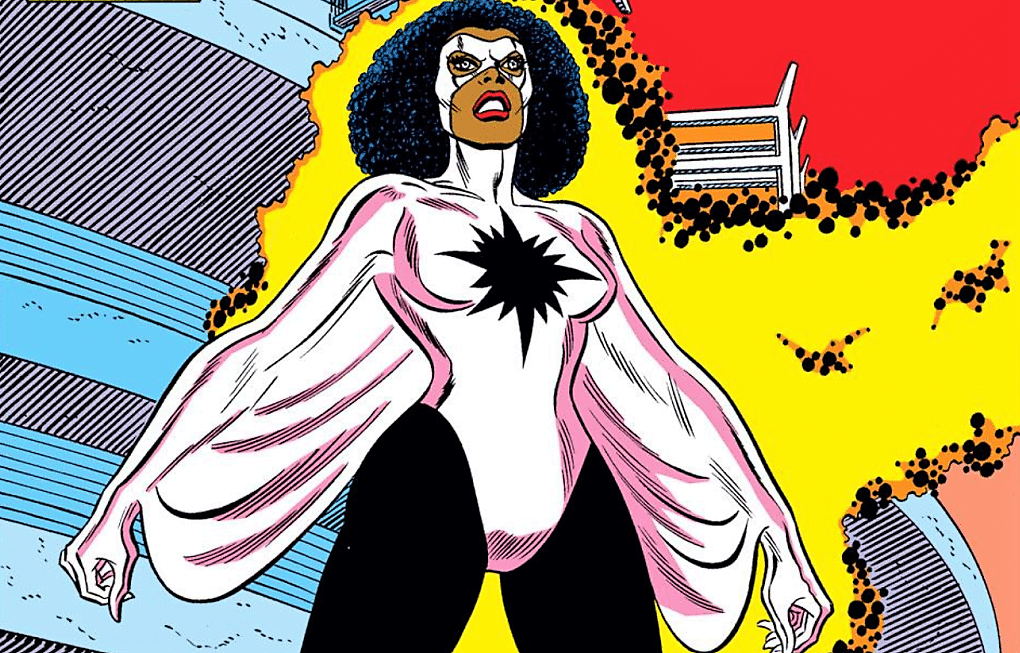 One of the coolest things about Spectrum aka Monica Rambeau is that her original costume was significantly less sexualized.

It was a little more practical in nature than her counterparts’ costumes. After she got her powers, Rambeau accidentally teleported herself into an abandoned warehouse.

The warehouse was filled with old outfits from the Mardi Gras Celebration. She was half-naked and freezing at the time.

So she mixed and matched various outfits to cover her-self up, protect her identity, and keep her warm in the Freezing New Orleans weather at the same time.

The costume would influence all her future costumes for the years to come.

Became the Leader of the Avengers

After more than fifty issues of being a supporting member for the team, Monica Rambeau finally got her moment to shine.

The Wasp decided to retire from super-heroics. The onus quickly fell on Captain America to lead the team again.

But he was too busy to do that. So Steve Rogers nominated Monica Rambeau to lead the Earth’s Mightiest Heroes.

Monica had already worked with law enforcement authorities of New Orleans. She had experience in leading a team.

She was also a long time member of the Avengers. It was only natural she brought her skills and experience to the table.

Up until today. Rambeau’s short but memorable run as the leader of the Avengers is well-acknowledged by the comic book fans.

You May Also Like: Highly Underrated Ryan Reynolds Movie Now Available On Netflix 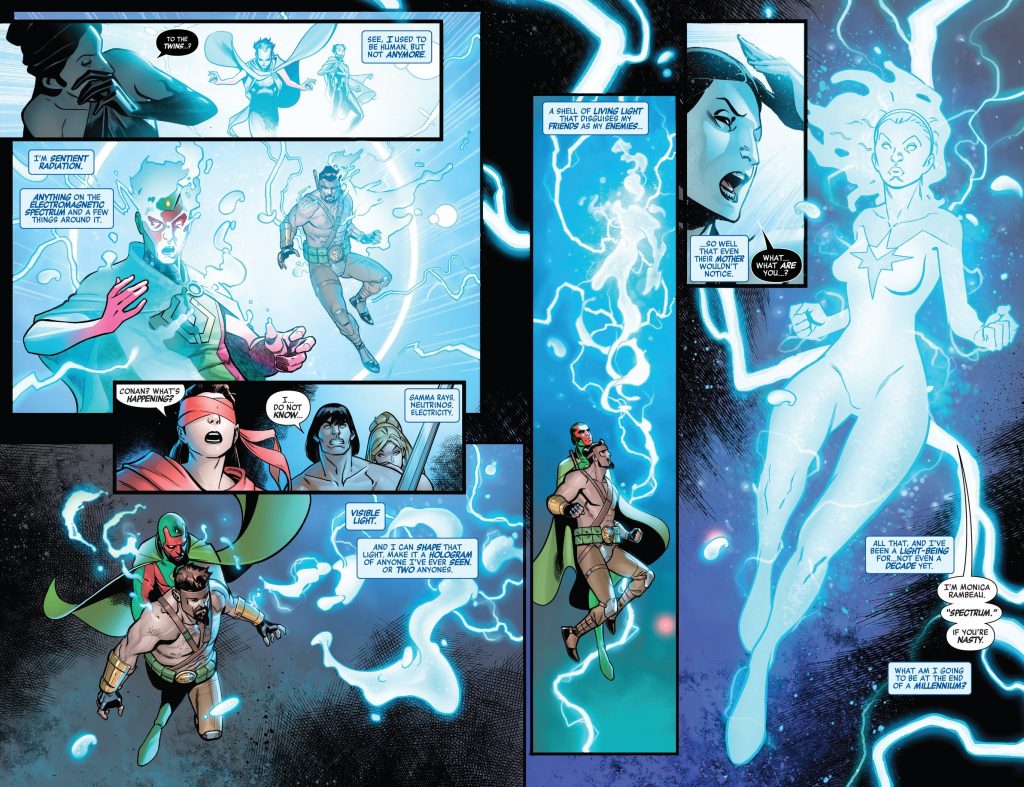 Monica Rambeau spent a lot of time being a member of the Mighty Avengers team.

While on a mission, her body was bombarded with anti-photons.

Her body became unstable and Adam had to use his powers to restore her.

A side-effect of the event led to Monica’s powers increasing beyond belief.

She was now more powerful than ever due to the extra energy in her body.

She became a being of pure energy. As a result of her new state, she was effectively immortal since energy can never be destroyed.

Monica started questioning her humanity. Did she even qualify as one?

That was before she helped Vision fight Nyx, the Goddess of the Night. During the fight, she burned off most of the excess energy and became mortal again.

Monica Rambeau’s new superhero code name after she gave up the Captain Marvel mantle was Spectrum.

Her abilities allowed her to access and manipulate all energies within the range of the electromagnetic spectrum.

She was made up of pure energy and she had to concentrate hard enough just to maintain her human form.

During a fight with a supervillain, Carol and Monica were cornered. So Spectrum turned herself into pure electricity.

Carol’s powers allow her to absorb all forms of energy. She absorbed Monica’s energy form and fired her at the enemy, ending the fight instantly. 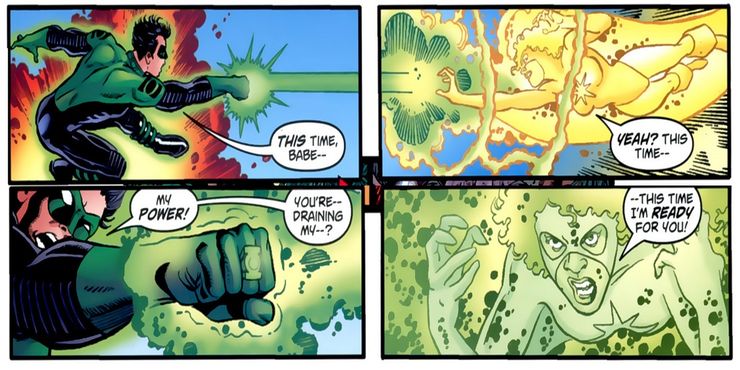 Marvel Comics and DC Comics have joined forces for many crossovers over the years. The last crossover was the JLA/Avengers crossover.

We got to see some really anticipated match-ups. Champions from both the worlds traded fists and kicks. Superman fought Thor.

Batman and Captain America battled each other as well. The DC Superhero Green Lantern was paired up for a fight with Monica Rambeau. Rambeau went by the name of Captain Marvel at the time.

When the two first fought, Green Lantern had the upper hand. When a second match took place, Monica showed the ability to completely drain the energy off of the Green Lantern Ring.

Her Love for Adventure 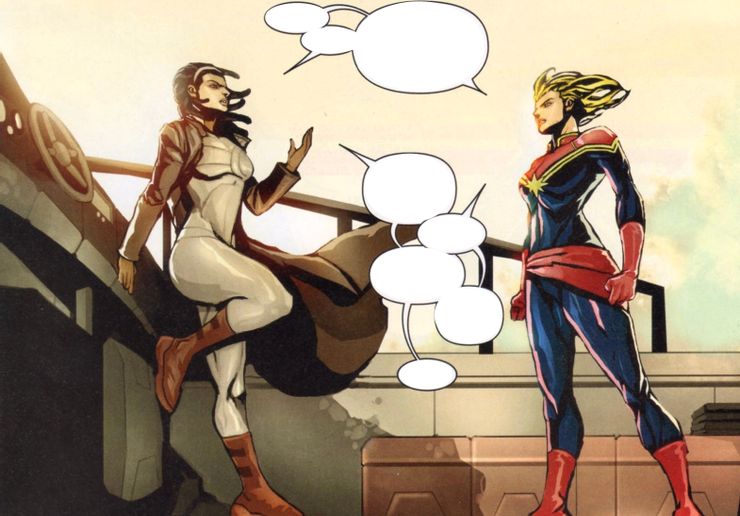 Both Carol Danvers and Monica Rambeau are known to be very impulsive and women of the initiative. They are strong-headed and confrontational.

As a result, they ended up becoming pioneers of their field. Carol became a test pilot for experimental aircraft for the United States Air Force. Monica became a renowned figure in the New Orleans Police Department.

The reason Monica chose the path of a superhero was unique. She did not want to fight stronger foes. Saving innocent lives was a priority but not her biggest one.

Her actual intention for becoming a superhero was the thrill of adventure. Monica frequently puts herself in situations of extreme danger for that extra adrenaline jump.

That was also the reason she joined the multiverse hopping superhero team the Ultimates.