Ryan Reynolds usually has a good time marketing his movies, and this time, Will Ferrell joined in on the fun. The two stars, who will co-star in the forthcoming Christmas musical Spirited, went on chat programs in support of one another. While Reynolds appeared on The Tonight Show Starring Jimmy Fallon, where Ferrell had initially been scheduled, the Anchorman star appeared on Jimmy Kimmel Live!, where he stepped in for Reynolds.

Both episodes transpired in tandem, with Reynolds saying that he had “just put the kids to bed” and was “walking the dog” when Ferrell called and said he was running a little late and asked if Reynolds could “jump in for him.” He joked, “I am just as disgusted as you are with these plastic, playboy Hollywood prima donnas that think they can have a talk show appearance and just not show up.”

Over on Jimmy Kimmel Live! Ferrell put on a show for the crowd. He said as he took his seat next to the host: “Ryan couldn’t make it. I got a text from him saying that he’s running late, which usually means that he’s not going to show up. So he asked if I would fill in, and I just rolled down the hill, because I live near the Magic Castle. I live at the Magic Castle. I’ve always kept a suite of rooms there.”

Ferrell then proceeded to do a phony magic trick for Kimmel, asking him a few random questions and pulling a watch from his pocket. “Is this your watch?” he inquired, seeming unconvinced. It was not the case. Ferrell took out another. That, too, was not the case. It happened again until Kimmel informed him that he doesn’t even wear a watch.

Ferrell then promoted Reynolds’ new picture Red Notice, like a good substitute guest. He did concede, though, that he hadn’t seen a single second of it. But what an ensemble! “Dwayne ‘The Rock’ Johnson, Gal Gadot, hubba hubba,” he remarked, adding that the film would be “classy” because the primary cast is wearing tuxedos in the billboards.

Ferrell, now completely committed to the gag, attempted to introduce a clip: “This is the one where they’re chatting to each other?”

When they returned, Kimmel joked that he didn’t have any questions for Ferrell because he had no clue he’d be talking to him. But could he ask him the same questions he’d prepared for Reynolds? Ferrell stated that they may as well continue because he had nothing else to do. But Kimmel’s first question stunned the actor: “How is your gorgeous wife Blake Lively?” It was too late to back down now, so Ferrell soldiered on, praising not only Lively but also their “three girls.”

The segment finished just as expected, with Ferrell rapping nonsense in phony French. This switcheroo, however, was not totally coincidental. Ferrell will feature in the upcoming Apple TV+ series The Shrink Next Door, which will premiere on the same day as Netflix’s Red Notice—November 12—in addition to engaging in what was effectively a pretty far-sighted piece of advertising for Spirited.

Do watch both the episodes from below! 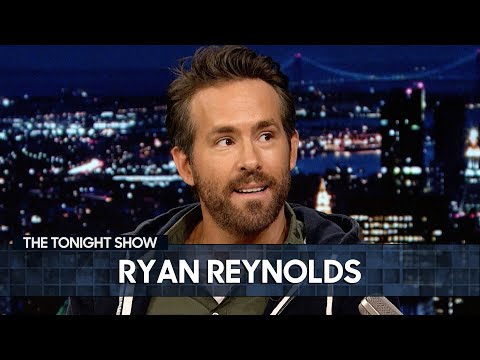 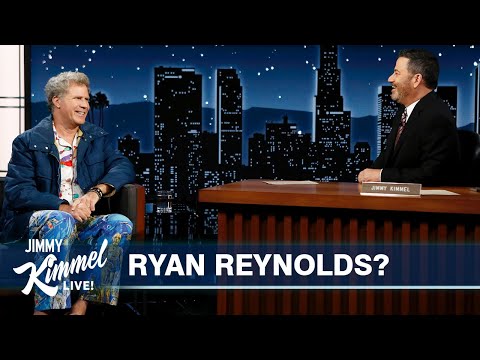