Hosting the newest Arrowverse crossover event will be our very own The Flash, and we can surely make it out that it will be an adaptation of the storyline of Armageddon from DC Comics. This event will reintroduce many Arrowverse characters past, present, and future, with the latter including Mia Queen. Green Arrow and Mia, the daughter of Oliver Queen was supposed to star in a sequel of ‘Arrow’ series in the future Star City.

However, Green Arrow & the Canaries ultimately didn’t happen, but Mia’s return could rejuvenate audience attraction towards the show going forward. It could also be used as an alternative for expanding upon the show’s possible foundation, finally moving on from the mere Deathstroke gang plotline. So this is what Mia’s comeback could mean both for herself and the future of the Arrowverse, as well as the reputation of the original show.

How Armageddon could revive Mia’s popularity? 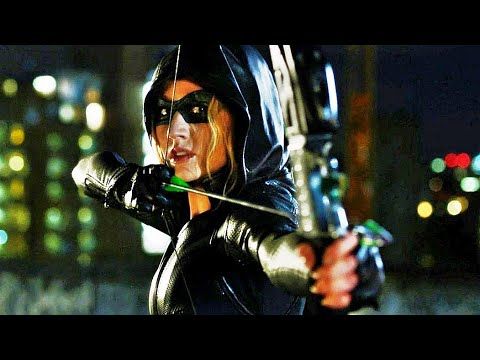 Mia hasn’t been seen on screen since Arrow ended its series, and the character wasn’t exactly everyone’s favorite, to begin with. An original character who had the same name as one of Green Arrow’s comic series sidekicks, she an expansion of a comic book character who took on a much bigger role. While some fans liked the final episode of Arrow, some viewed it as a forceful continuation of the original show and found Mia less deserving as a protagonist to carry it.

Mia could be shown in a new light, as a Green Arrow with no Canaries and someone more determined than ever to embrace her destiny. Making her treat the heroes of the present in an almost respectful way would be a step onto the right path, and making her attractive and impressive in her character. This combo can be utilized to really mold her into her own character, merely entering the Green Arrow legacy without letting it define her. This way, the fans will be able to weigh whether they want Mia to carry it further or vanish like before.