Winnie the Pooh might be referred to as “he” in AA Milne’s books and though his voicing has always be done by a man, it turns out that Pooh’s character has been inspired by a female bear named Winnie.

AA Milne’s son, Christopher Robin, who is the star of the books and cartoons called his Teddy Winnie after frequently visiting an actual bear in the London Zoo. The Canadian Bear has even inspired author Lindsay Mattick to write a book on her titled, “Finding Winnie: The True Story Of The World’s Most Famous Bear”. 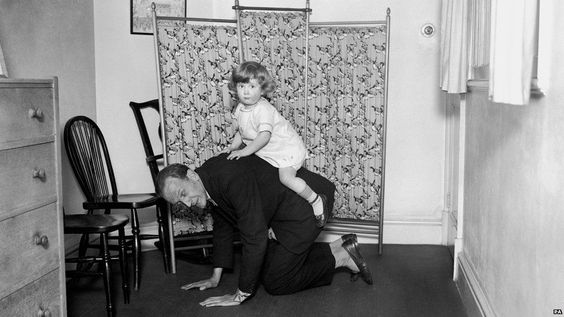 When Coulebourn had to leave for France, he left Winnie at the London Zoo. He had initially planned to bring her back to Canada with him but when he saw the love zoo visitors had for Winnie, he left her there permanently.

“A lot of people in Canada are familiar with this story but there are so many in the world who don’t know anything about this. People don’t even realise that there was a real bear,” Mattick told Winnipeg Free Press.

Indeed, the real story behind Winnie the Pooh is just as beautiful and amazing as the character itself.