Venom and Eddie Brock actually took years to go from a villain to an anti-hero. Now, Marvel Comics has shown that the character behind Venom’s rise to the role of a superhero was none other than Wolverine.

This connection between the two makes sense; since both rose to the heights of popularity during the 90’s, an era that almost drowned among violent and badass superheroes. Wolverine became the most iconic X-Man during the same time. Thanks to a fight against Wolverine in Venom Annual Flashback, fans got to hear the wise words of Wolverine.

It all started with Venom Annual #1, where villains gathered around to tell stories starring Venom. All stories are totally worth seeing for fans but one story takes place years earlier in Venom’s career. At that time he was just after Spider-Man. Venom was at a bar, looking for Spidey when he came across Wolverine. 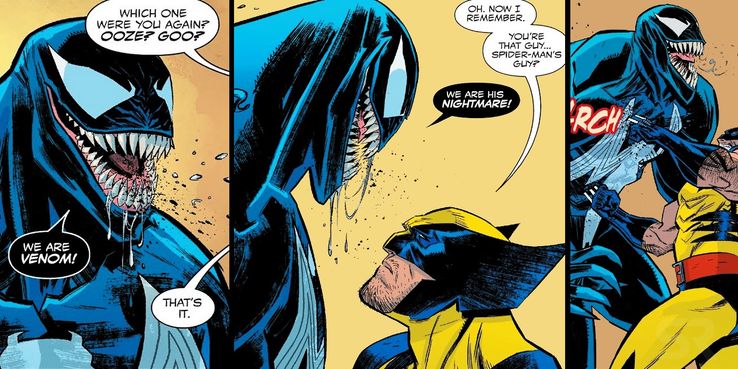 The story establishes that Wolverine and Venom have crossed paths before, meaning Logan is not much intimidated by the gooey giant’s bravado. The rage of Venom actually got the better of him, allowing Logan to slice him down. He eventually targeted Venom’s claim that Spider-Man did wrong to him, and now he’s seeking revenge.

While Venom tries to attack him, Wolverine gets calmer and questions Venom if it will continue living as a slave to anger, hate and ego. He further questioned him if he will be something “new”. 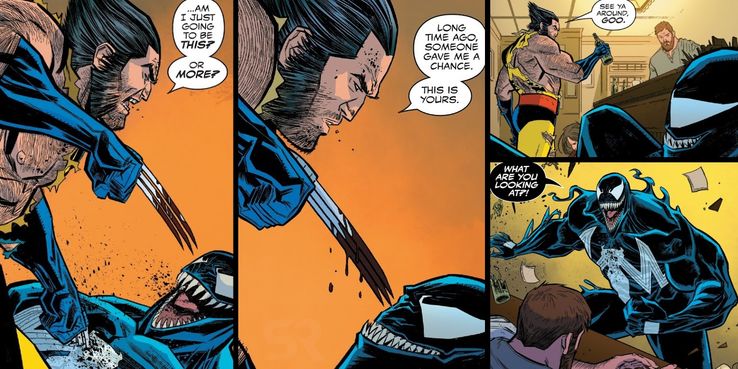 Logan’s words struck like a chord to Venom who eventually headed out to San Francisco. It was after this that he became a hero in the Venom: Lethal Protector series. This is the same story that was used as a foundation for Tom Hardy’s Venom.