Many fan-theories have raised the question of why Wolverine can suddenly generate heat from his adamantium-laced claws when he is now back to life. Some have assumed that his new life including new powers might be a call back to the less-than-stellar Astonishing Spider-Men & Wolverine miniseries, during which Wolverine temporarily connected with the Phoenix Force. And it is not anything bad as it definitely fits into the resurrection and the fact that Logan has always had some sort of connections to the cosmic entity, be it through Jean or someone else.

A very straight-faced statement would be that we are observing the second mutation. How why this together more than 2 decades is the big question but if we apply the theory of Occam’s razor, it is the most sensible answer.

If Wolverine’s new “hot claws” are a second mutation, they are sure to not be the first or the most strange we have ever (remember when Husk had gone mad?).

But what if Wolverine’s new power is connected to something that happened nearly a decade back?

A dead Robin can come crawling back from the grave twenty years later. Spider-Man suddenly comes out to be an issue that has been left unresolved for more than a century or there’s celestial NDA combined with the primordial form of the Earth which authorized for mutants and superheroes to exist and not get radiation affecting from the experiments they do. Maybe Wolverine’s new power is somehow connected to the original Human Torch, Jim Hammond.

In 1939, the character of The Human Torch was initiated, but he was not the arrogant, younger brother of Sue Storm. Instead, he was technology created by Dr. Phineas T. Horton. His son would wind up aggressively igniting during a public unraveling of his creation due to the amount of volatile photoelectric solar cells concealing the android’s body. Precisely, in case Jim Horton was exposed to oxygenated air, he would burst into flame. 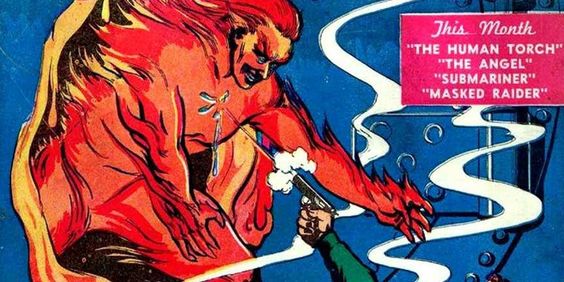 During the Golden Age of comics, The Human Torch saw unnumbered deaths and resurrections. One such revival was observed during his reignite by an atomic blast, which did not last long. It only burnt him down horribly but years later, the android would be rebuilt by the Mad Thinker, only to fight the saviour by compromising himself to save The Fantastic Four.

While our theory about Wolverines’ new claws might be a bit elongated, it is not possible without reasons. The Weapon X program that is responsible for transforming Wolverine into the bladed killing machine he is currently into cybernetics and nanotechnology. It might be that what we observe is not even a second mutation but instead some sort of internal survival protocol programmed in the molecular makeup of his adamantium. “Hot Claws” could be the consequence of a conflict, and the tech developed by Dr Phineas Horton could be at the focal point of it all.

Those scientists who blundered Wolverine’s skeleton knew that his claws would be the only part of his body that would be open to the air, and fusing Horton’s photoelectric solar cell technology with the Weapons X nanotech would function like Logan due to his healing factor and could keep them mostly extinct. There is no prolonged exposure so, there is nothing to worry about Logan to erupt. And if the cells were in fact altered, their volatility could have naturally been curbed.  Moreover, exposure to the Phoenix Force could have started the process of reactivating these dormant cells prematurely, similarly to how the atomic blast reignited Jim Horton. The cells could be there so Wolverine could survive an atomic blast that he already has. 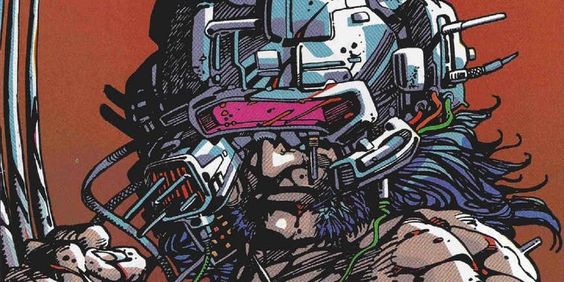 Since the cells act unpredictably oxygenated air, the sudden exposure to the atmosphere might result in “hot claws.” This would be sorted out by Logan’s healing factor in some respects. After all, if every bit of adamantium in his body behaved in the same manner then would not Wolverine transform into a giant stove coil? He is being like a roasted pig on a spit, only cooked from the inside out. Therefore, there needs to be a relevance between two facts especially with his claws being exposed.