You might have hated Wonder Woman 1984, or you may have liked it. Some people have obviously found the middle grounds between hating it and liking it. But what we cannot deny is the amazing detailing that went into making this sequel. Patty Jenkins and co did well to pay homage to things from the past with a few Easter Eggs and cameos.

Now before we go any further, let me give you an obligatory SPOILER WARNING, just in case you did not watch the film and clicked on the link! 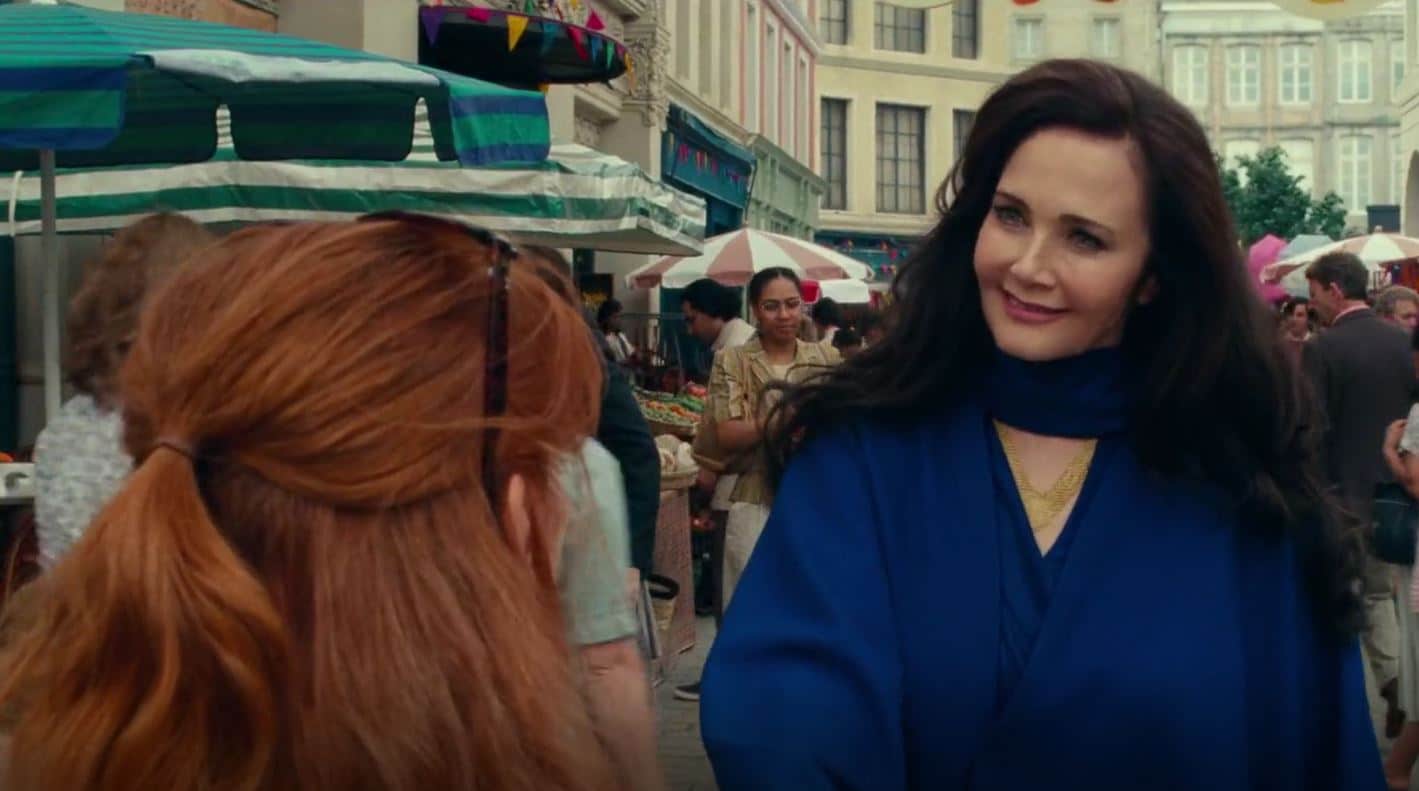 The mid-credits scene of the film was quite amazing. In fact, it was certainly one of the best moments in the entire film. Former Wonder Woman actor, Lynda Carter was beautifully worked into the DCEU canon. And who knows, she might even return as Asteria, now that Wonder Woman 3 has already been announced. But this wasn’t the only bit of homage that the creatives of Wonder Woman 1984 paid to the old Wonder Woman series of the 70s. Apparently, there was a call back to the former Steve Trevor, played by Lyle Waggoner.

Twitter user @bugslayerken noticed how the moment when Chris Pine’s Steve Trevor looked at himself in the mirror, it reminded us of Lyle Waggoner’s original Trevor. Apparently, Kristoffer Polaha was perfectly cast to embody Steve Trevor. Patty Jenkins has also confirmed this little detail, stating that it was intentional on her part. Here’s what she wrote on Twitter: 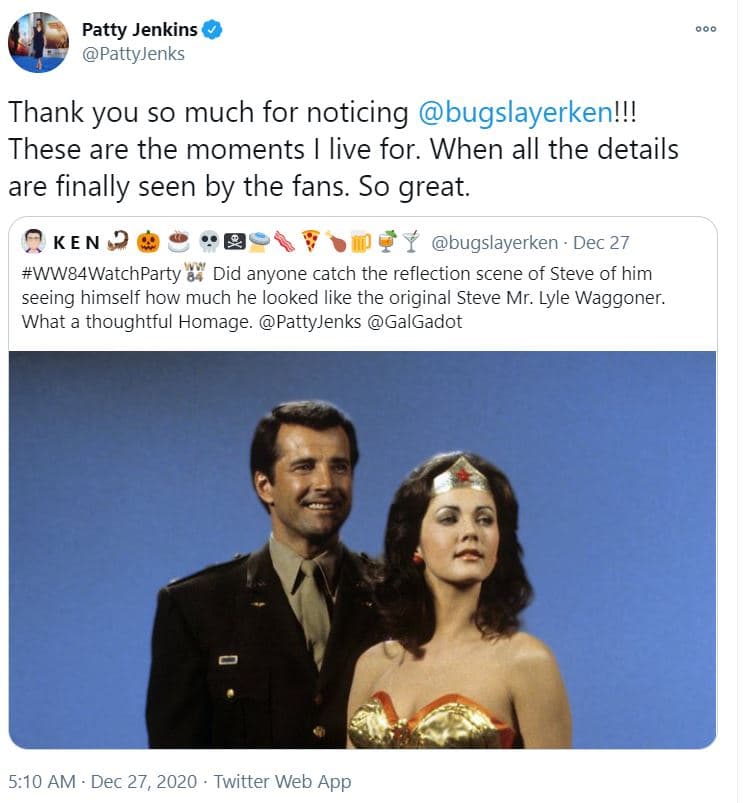 Wonder Woman 1984 may not have been as great as its predecessor, but it still had its moments. Once you rewatch the film and notice these little details, you’d appreciate the effort that was put into making this film. Let’s see which other details and Easter Eggs get noticed by the fans.

Wonder Woman 1984 is running considerably strong at the theatres, and it is doing wonders for HBO Max.