“Whosoever holds this hammer, if he be worthy, shall possess the power of Thor.”

However, there have been versions of him that are absolute stinkers. Here are some of the worst iterations of our favorite god of thunder. 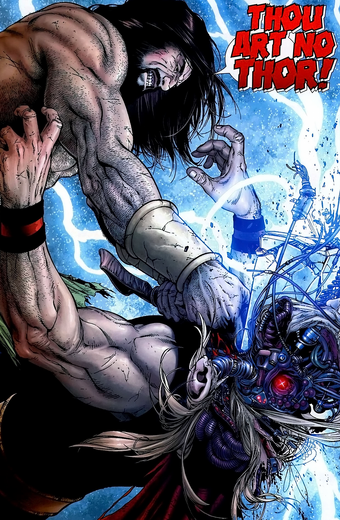 Tony Stark has had a few bad ideas in his lifetime. Fusing Asgardian DNA with StarkTech and creating a version of Thor cyborg-clone is not one of them.

This incident was one of the catalysts for starting the Civil War event. Bless Hercules for taking out that truly despicable cyborg. 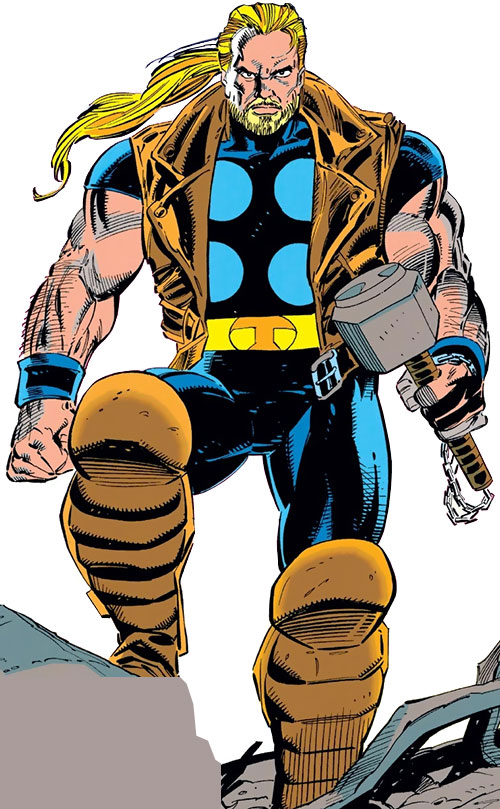 It was the 1990s. Costumes and aesthetics were either brilliant or bad.

Enter Erik Masterson the new Thor- Thunderstrike after he merged with Thor. He looked like Thor, wore a flak jacket, a mask, and a ponytail, and had child custody issues.

Masterson took to carrying a mace called Thunderstrike but failed to live up to standards and was killed off by issue #24 of his series. His son Kevin Masterson Later picked up the mace.

Chris Hemsworth may have played the lovable God of thunder in the beloved Marvel Cinematic Universe.

Does that mean he did a good job?

He’s not accurate to what we’ve seen in comics and is unfortunately subjected to bad writing. He finds himself and his destiny by Thor: Ragnarok loses himself in Infinity War’s aftermath and finds his purpose again in Endgame by the final battle.

He then relinquishes his title as King of Asgard to go off with the Guardians of the Galaxy. None of the intensity or seriousness that Thor is originally known for.

A little more rage and intensity and he would have been perfect.

Here’s a version that did not age well.

The 1980s were a weird time and Marvel had the idea to make a film for television as a continuation of the Incredible Hulk Television show.

Thor came off in that bad 70s costume as an absolute idiot, a far cry from a usually battle-savvy god of thunder. 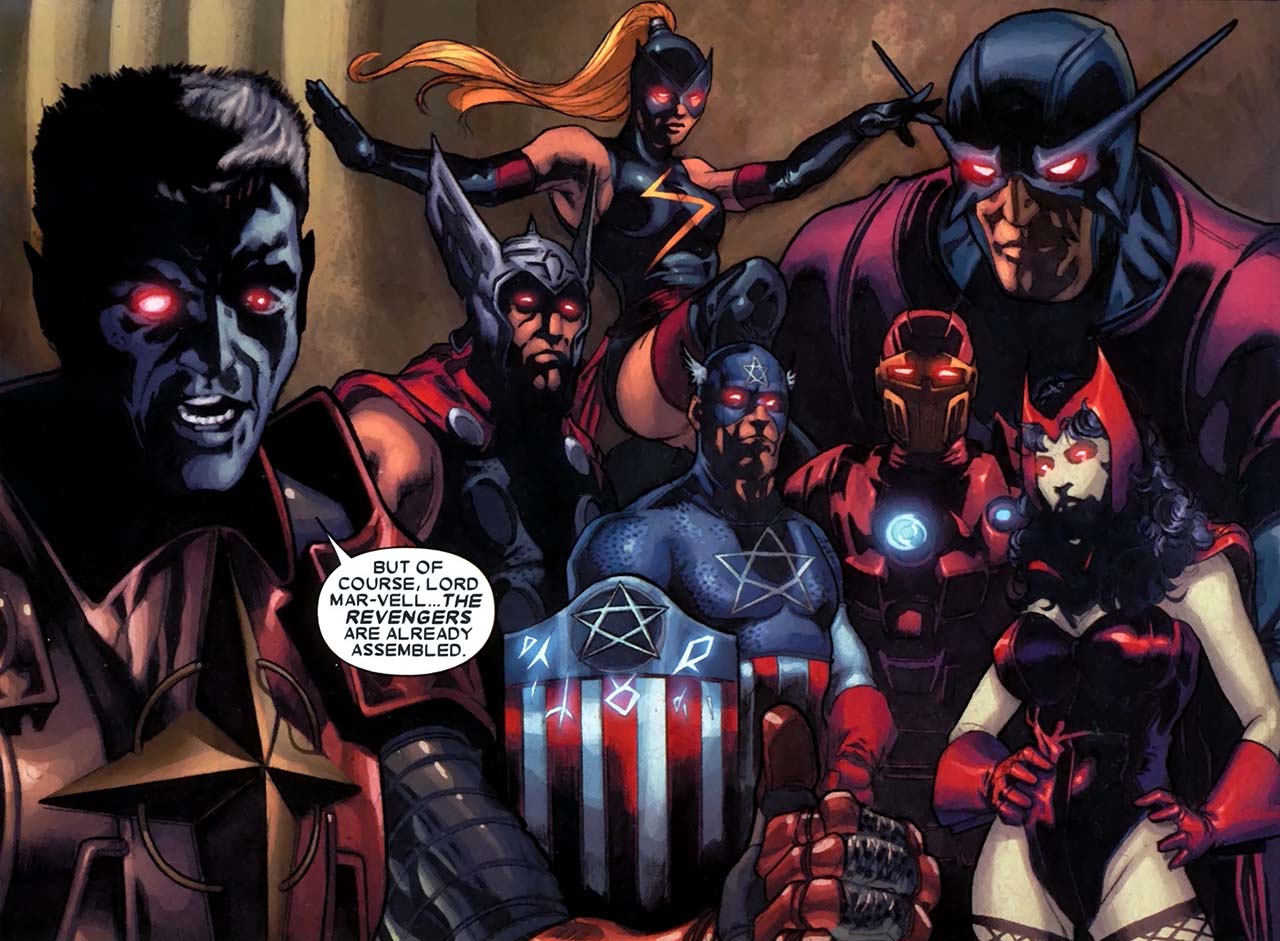 The Cancerverse is an entire universe or dimension that is one large corpse.

Death killed life in that universe and corrupted every single one of our beloved heroes. Earth-10011 had a version of Thor that looked like a monster and had a team of allies called the Revengers.

Thankfully they were all killed off thanks to Thanos restored death to the Cancerverse after it was corrupted by Lord Marvel, an evil Mar-Vell who did not die but was perverted by the Many Angled Ones.

Viking god or death metal band member? This was a poor design choice. The entire armor seemed impractical on so many levels.

In Marvel’s efforts to fix continuity errors during the 1990’s “The Crossing”, the artists went a little overboard with the design.
Added to this was the fact that the entire event has been declared the worst Avengers-centric storyline in history.

We feel sorry for Thor just looking at him. 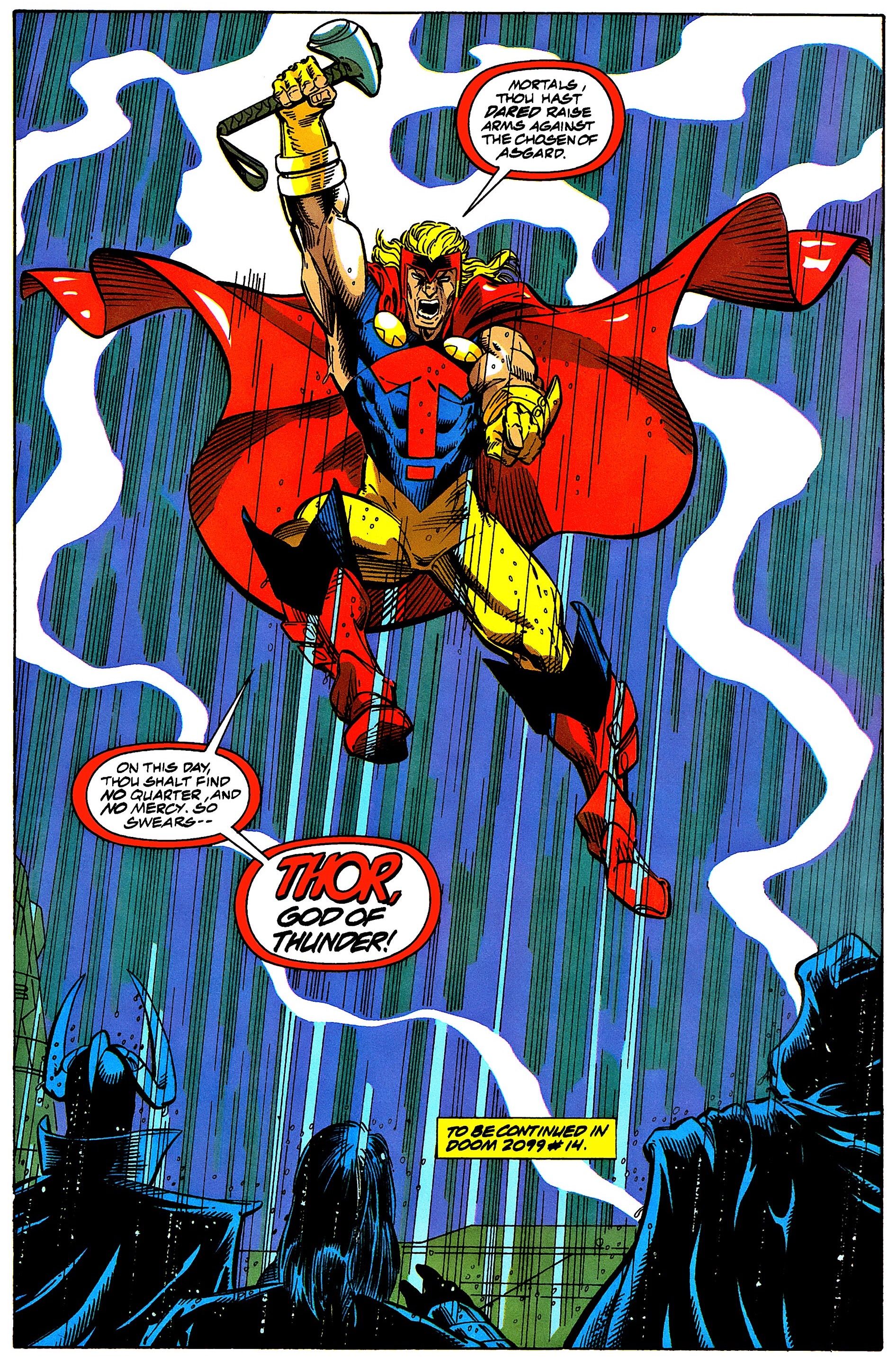 Looking back, it makes sense that Thor, an actual god, had a religion dedicated to him.

Cecil McAdam, a priest in the church of Thor in the year 2099 was given the power of Thor, along with 4 others with the power of nano-engineering.

An alien called Avatar in the year 2099 took control of the Alchemax corporation and wanted to create a false pantheon of gods. This priest died in an explosion, ending the life of the Thor of 2099.
Not so immortal after all. 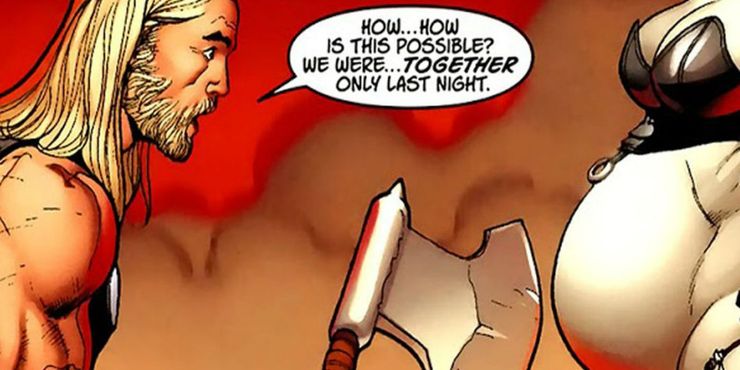 Ultimate Thor was an interesting take on the god of thunder. The Thor of the Ultimate Marvel universe of 1610 was hypothesized to be a man called Thorlief Golmen who had mental health issues and used advanced technology.

While the uniform and the look were amazing, Thor was not. He went to hell to free Valkyrie and ended up sleeping with Hela to free himself.

And then his son Modi Thorson was born. And Thor had to kill him. Talk about being edgy, Marvel.

In secret wars by Jonathan Hickman, not much is known about this Thor who joined God Doom’s police force, the Thor Corps.

But this Thor did go around killing off alternate versions of Jane Fosters and Donald Blakes as their origins had connections to all the Thors that were available.

Thor becoming a Thor killer is such a difficult concept to wrap one’s head around. 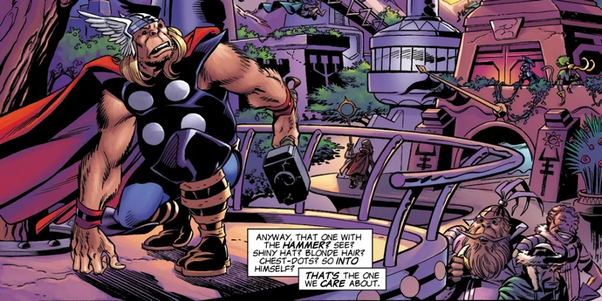 Yes. You read that right. Earth-8101’s Thor is an orangutan. While it’s funny to read, it’s just a really contrived gimmick from Marvel, one that did not age well. 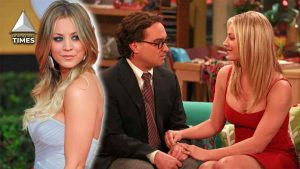