Home
POP-Culture
Comic Tech.
X-Men Get A New Leader Who Was Once Their Greatest Enemy In ‘Powers Of X’ 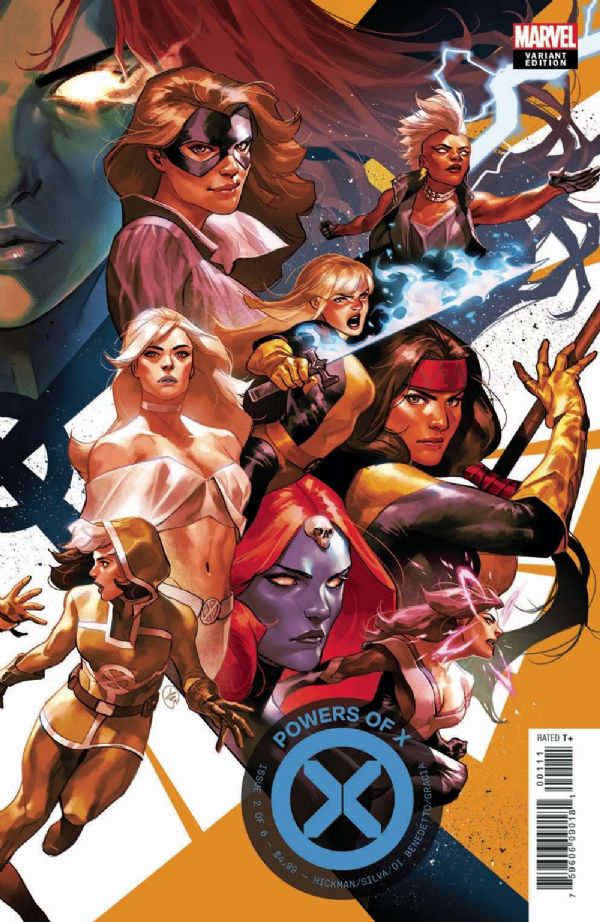 Jonathan Hickman has turned the X-Men world upside down with Powers of X and he has continued his reinvention of the X-Men Universe with Powers of X #2 as well. Hickman is exploring the various eras of X-Men history which he introduced in the first issue.

We got a lot of big reveals in Powers of X #2 but there’s one which is sure to shock fans. There’s a new leader for the X-Men and it’s the last person anyone would expect to hold the mantle.

WARNING: TREAD WITH CARE- SPOILERS For Powers of X #2 to follow:

The Story Of Powers Of X Till Now 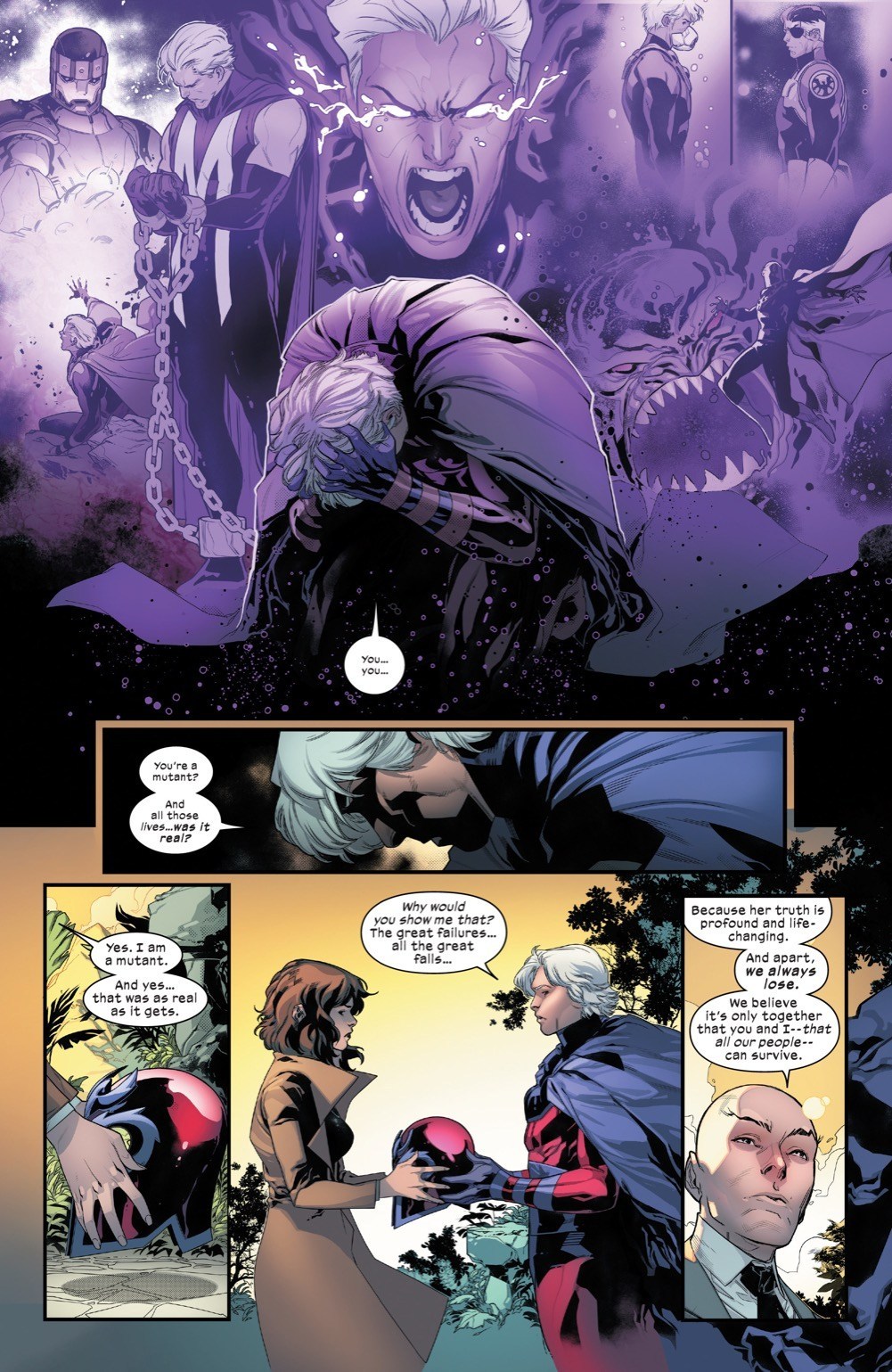 Powers of X is bringing something new to the X-Men table. Pic courtesy: comicbookrevolution.com

Readers should know that the X2 timeline which was introduced in Powers of X #1 takes place in a future which exists 100 years after the “House of X” was created. The future there was a dystopian war zone where the Man-Machine supremacy (a union of humans and A.I. against mutants) is hunting mutants dedicatedly. So dedicatedly that most of the mutants have fled earth itself for refuge on other alien planets. But all is not lost as there is still one last team of X-Men still living in Earth’s vicinity, within the asteroid remains of Krakoa.

In Powers of X #1 we saw this team of last-stand X-Men on a desperate mission. This mission held the keys to end the Man-Machine-Mutant war. In the latest issue, the surviving X-Men from that mission bring some key intelligence back to the X-Men’s new leader, who turns out to be Apocalypse.

What happens is that the future X-Men along with Rasputin and Cardinal (the products of Sinister’s “Chimera” class of mutant experiments) make it back to Asteroid K. They reach there with the intel stolen from Nimrod the Lesser. Then they hand this off to their boss Apocalypse. Apocalypse has a plan which he wants to set in motion. While the full details of the plan aren’t known but it would essentially use the new reveals of the intel to locate some other important thing. This will presumably take the mutants off of the machines’ hit list.

Why Is Apocalypse The Leader Of The X-Men In The Future? 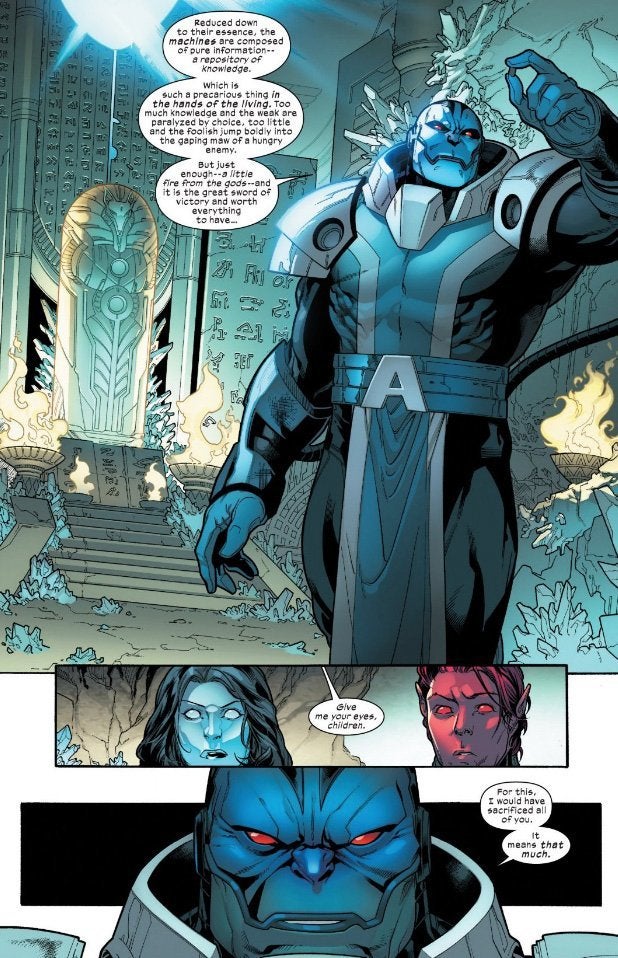 Apocalypse is the new leader of the X-Men. Pic Courtesy: comicbook.com

Why Apocalypse is the leader definitely needs some explaining. Apocalypse is as far away from a leader which Xavier could possibly have imagined. Not even Magneto’s method of advancing mutantkind ever synced up with Apocalypse’s “Survival of the Fittest” mantra. But in this dark future, Magneto is one of Apocalypse’s final seven. If that’s not shocking then readers would have noticed even Wolverine calling him “boss.”

It can be theorized that while facing the fear of extinction, the X-Men united behind a leader who could help them survive. But without fully knowing what actually happened to Charles Xavier and Moira MacTaggert, it’s hard to surmise what actually led the X-Men to unite behind one of their biggest villains.

To know more about what happens in Powers of X #2’s Man-Machine-Mutant warfare, click on the video below: 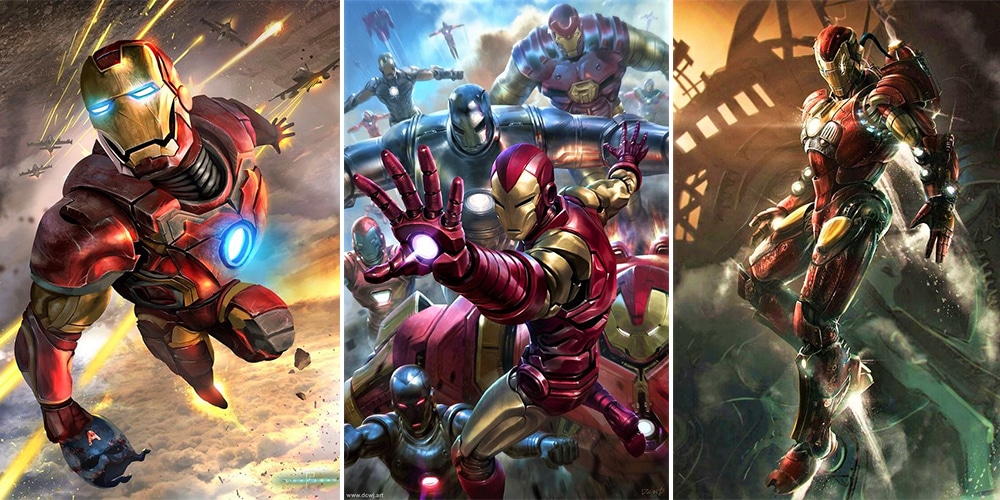