Adapting comic book stories to live-action events can be very challenging for filmmakers. In addition to trying to navigate decades of character backstory, there are iconic costumes and storylines embedded in viewers’ minds. Comic book fans can be very vocal about their dissatisfaction with changes that are made from the original comic book source material. The X-Men movies began making their way into theatres 18 years ago. With each new chapter; comes more beloved characters, more new timelines, and more comparisons of the live-action movies to the original comic books they’re based on.

With that being said, these are some of the X-Men movie characters compared to their comic book counterparts –

The X-Men‘s Storm started out as a thief with the power to control the weather. As played first by Halle Berry and then by Alexandra Shipp, the character underwent a major evolution. Over the years she went from being worshipped as a goddess to being recruited by Professor X to join his X-Men team. In fact, it was her compassion for not killing Deathstroke that allowed her to be recognized for aspiring leadership qualities and willingly decided to take on the mentoring role of many young students – even if audiences don’t get to see much of this in action during the films. 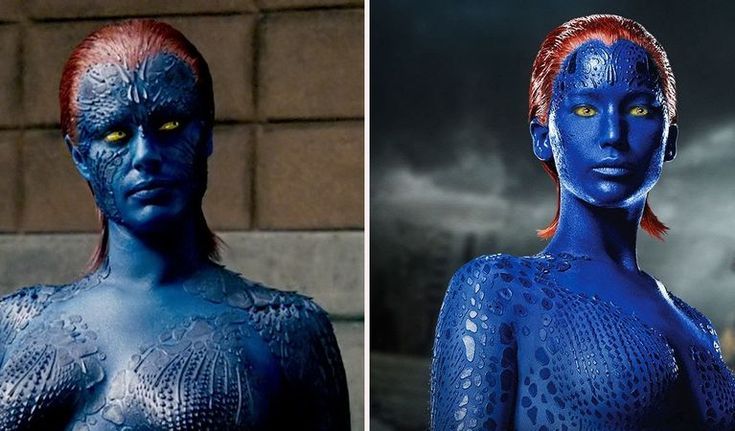 Mystique is ageless in the comics, having existed during the age of Napoleon Bonaparte and even Ancient Rome. In the first X-Men film trilogy, Mystique was able to shape-shift into several forms. Though she did come around as a good guy in this version of events. His backstory isn’t quite as clear and exists differently than it does in the movies. With his ability to shape-shift at will and take on the appearance of any humanoid being, we see that she has acted in many ways throughout the millennia across multiple centuries.

With cameo appearances in both sets of the movie timelines, audiences never really got to know Angel very well. The supposed first subject intended to be cured of his mutant wings, Warren eventually joined a group of mutant rebels in an alternate timeline and helped them save their planet before returning to take down Apocalypse. Now an established hero in his own right in metal wings, Angel sadly perished as part of the main timeline of X-Men’s team when they defeated Apocalypse.

He has always been a man of faith and devout Catholic who is loyal to the church in the movie series as well as the comics. The first appearance of Kurt Wagner was in Giant-Size X-Men #1 released in 1975, issue number 124 released in 1991, and he appeared briefly on a television episode titled Mutant Problem aired on February 20th 1990. Nightcrawler had a minor part in X2 (2003), played by Alan Cumming. His character shows complexity because he’s Catholic but also a “demon”. This religious aspect has been emphasized especially in Bryan Singer’s comic book movies. In the first Wolverine movie, Logan and Nightcrawler share conversations about religion, which adds dimension to their characters by giving them more layers.

The only character to appear in both the X-Men and Avengers movies in Quicksilver. In the first two X-Men films, he was portrayed as a cocky and arrogant young man. He seemed to care a lot more about making a name for him than protecting humanity. When he appeared in Avengers: Age of Ultron; he looked quite different. However, he remained just as fast he cared much more about protecting those around him and defending his new family.