Xbox is a series of Microsoft owned and created video gaming consoles. They consist of the sixth, seventh and eighth generations consoles, respectively.

It has been 18 years since the release of the first Microsoft Xbox console. Since then, Microsoft has only branched out more and more and set off in a different direction. 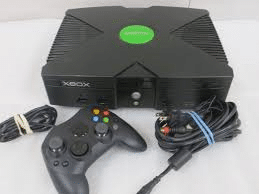 Microsoft has had some great and worth highlighting moments with their Xbox releases.

Their first console, DirectX Box, was to be the first game system built like a PC. It got out the flexibility and power of a gaming rig.

The system ran on Windows 2000. Then came the Xbox Live, its launch was on the first birthday of the console’s growth in the gaming industry.

In 2005, came the Xbox 360 which was the next generation of the gaming console. It was a new toy with a new look. The first motion-and-voice-control became known as Kinect.

Xbox One VS Xbox Series X 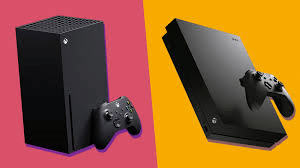 The Xbox One was announced in May 2013 and is the eight-generation console for home video gaming.

It is the third console in the Xbox series and is the successor to Xbox 360.

It was marketed to be an “all-in-one entertainment system”. It mostly received positive reviews.

Xbox series, on the other hand, is an upcoming console of the fourth generation, to be released in 2020.

This is planned to be a mild transition into the next generation of hardware for the Xbox.

Dashboard, a graphical user interface is providing at-a-glance views of key performance indicators to the relevant and particular objective.

The Xbox Series X will not be building a new dashboard, instead will be using the same one as Xbox One. Missy Quarry, an employee at Microsoft, states, ” that if the Xbox Series X simply cops the Xbox One interface that it would be a shrewd decision by Microsoft.”

However, she also states that many users begged for the same dashboard as Xbox 360 for when Xbox One was launched. The Xbox Series X is set to release anytime soon now, for the holiday season.