Recently at the Game Awards, Microsoft unveiled the latest model in the Xbox series named Xbox Series X, which was formerly known as Project Scarlett. And many trolls on the internet have already made lots of memes as making on its console which is looking like a PC tower while some are saying it ugliest gaming console they have ever seen. Nevertheless, everyone knows the truth about it as most of the users are just going to put the console on the shelf, which is hardly visible to anyone. 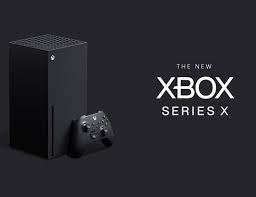 Also, the primary point is that both Xbox One S and Xbox One X support this, but there are plenty of other consoles which does not support this simple hardware design, which is a significant drawback in this console. This drawback is the reason many gaming experts and gamers are not calling this console as the game-changer but are calling it the convenient option to have the latest gaming technology in a similar budget. 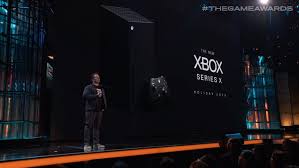 In a recent interview with a popular gaming website, the Xbox boss, Phil Spencer, said that all the Xbox gamers have the freedom to position their console in whichever position they want, whether lay it down horizontally or erect in vertically. As it worked earlier in both the earlier Xbox models Xbox One S and Xbox One X as their main motive is to provide the best gaming experience not to dictate the gamers about how to the orientation of their console in their home.

Xbox series X has a CPU: 2.3 GHz AMD-customized Jaguar Evolved (8 core), GPU: 1172 MHz AMD-customized UC RX 580, computing power: 6 TFLOPS, RAM: 12 GB GDDR5 and a Storage of 1 TB HDD. Its cost is yet to be announced. Still, according to earlier control prices and also its rival Sony Playstation 5 on the horizon, it’s prize is expected to be a minimum of $499, as there are rumours that Microsoft is planning a pared-down cheaper version of the Xbox series X according to the talks.
Xbox Series X is set to release in the holiday season of 2020 in the United States of America according to the rumours as earlier consoles like Xbox 360, Xbox One was released on November 22, 2005, and November 22, 2013, respectively which is why it is expected to release in November 2020.