Tim McGraw and Faith Hill, husband and wife country superstars, have signed on to feature in the upcoming Yellowstone prequel spinoff 1883 at Paramount+. Sam Elliott is also slated to appear in the spin-off. The year 1883 follows the Dutton family as they travel west over the Great Plains into the last untamed America. It’s a harsh recounting of Western expansion, as well as an intensive study of one family escaping hardship in search of a brighter future in America’s promised land-Montana. Elliott will play Shea Brennan, a tough-as-nails, beautiful cowboy with a tragic history. He has the enormous job of leading a troop from Texas to Montana, and he is not amused by idiots. James and Margaret Dutton, the father and matriarch of the Dutton family, will be played by McGraw and Hill, respectively. 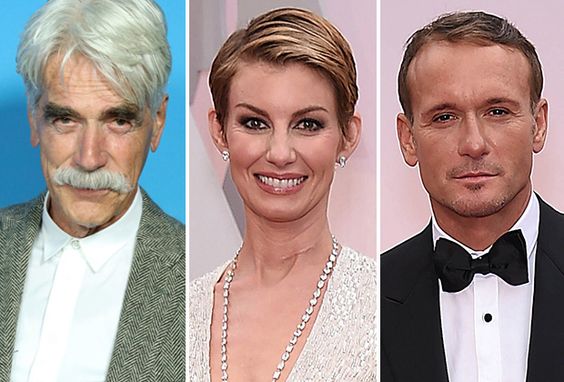 Elliott stated in a statement, “It all starts with the writing, and Taylor Sheridan is a brilliant writer.” “I think the western genre speaks to both of us. The classic conflicts of man vs. man, man vs. nature, and man vs. himself. Everything was present in 1883, and I am delighted to be a part of it. ” “This is unquestionably a dream job,” Tim McGraw said. “Taylor has developed a way of telling tales that creates these epic dramas and family sagas with such depth and uniqueness. The Duttons are great characters, and it’s an honour to be allowed to play them. You fantasize about fantasy jobs like this as a child growing up riding horses, and I am beyond happy to be working with such an amazing cast and crew. ” Faith Hill stated, “This is a once-in-a-lifetime chance.” “The Duttons are a difficult family, and playing such a strong female role as Margaret Dutton is a joy.

I am honoured and grateful to be able to work with Taylor and his entire team. ” Executive producers of 1883 will be Taylor Sheridan, John Linson, Art Linson, David Glasser, Ron Burkle, and Bob Yari.