Exciting news for all Godzilla fans. The only thing between you and the title of Godzilla Expert is a couple of texts from Toho Studios.

The new reports state that the company behind the Monster is set to welcome all fans to Japan. The first ever Annual Godzilla Certificate Exams is about to be held by Togo Studios. 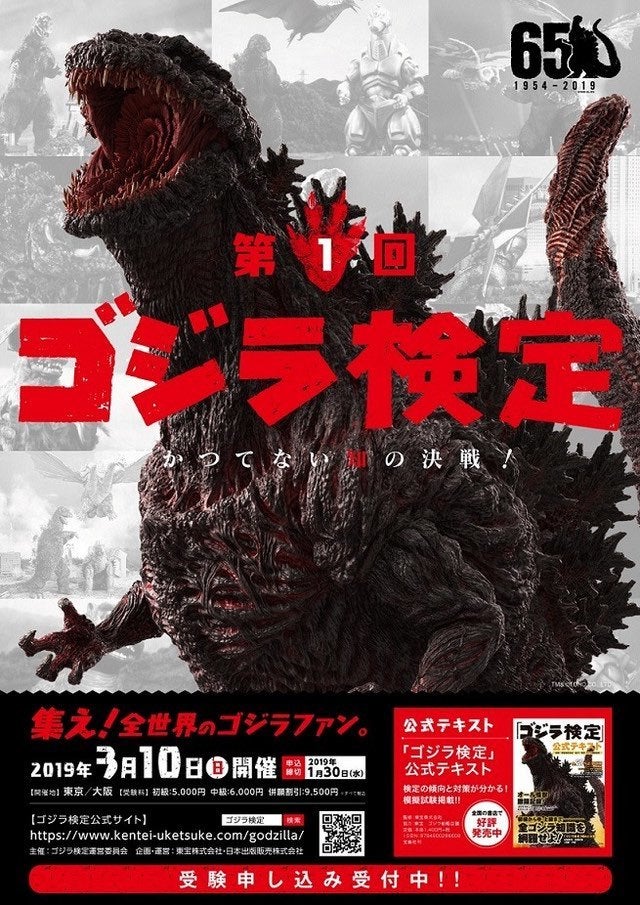 The exams will be conducted in Osaka and Tokyo in March next year. Two tests will be given to fans and it will include a beginner exam along with an intermediate exam.

The entry fee costs $45 USD for the easy exam while the intermediate one will cost at about $53. However, you may also take both the exams for $85.

The beginner exam will draw multiple choice questions from Godzilla Exams Official Text. Questions will also be sourced from the 1954 Godzilla film as well as Shin Godzilla. One might need the knowledge of all 29 Godzilla films and the passing point is 70%. Beginners will need to score at least 65%.

Godzilla: King of Monsters will release on May 31, 2020. Here’s the full synopsis:

“The new story follows the heroic efforts of the cryptozoological agency Monarch as its members face off against athree-headedgod sized monsters, including the mighty Godzilla, who collides with Mothra, Rodan, and his ultimate nemesis, the three headed King Ghidorah. When these ancient superspecies, thought to be mere myths, rise again, they all vie for supremacy, leaving humanity’s very existence hanging in the balance.”