Shakira has had a tough year in 2022. Her decade-long relationship with Spanish footballer Gerard Pique fell apart in June after she caught him cheating on her. The ex-couple has not yet reached an agreement over the custody of their kids. With their clash in opinions and thoughts about the manner of raising their kids, it seems like a legal battle is almost inevitable. Speaking of legal battles, the Colombian pop star is also involved in a tax evasion case.

The Waka Waka singer allegedly took a dig at her ex in her new song Monotonia. The song premiered worldwide on YouTube on Wednesday.

Shakira is walking distantly through the supermarket when she is shot in the chest at the very beginning of the video by a man wearing a white hoodie. Fans have speculated that this man has portrayed the role of Pique in the video.

Also read: ‘He told his circle he wants stability with her’: Gerard Piqué Hints Shakira Wasn’t A Good Partner, Wants Clara Chia Marti Relationship To Be A Safe Space

The Whenever Whatever singer allegedly attacked her ex in her new song with Ozuna. The Colombian singer sings that it was neither of their faults what went down between the two of them. She says that it hurt her but she never said anything. Shakira further sings, “You left me because of your narcissism. You forgot what you used to be.” She continues with “Distant with your attitude, and that filled me with worry. You didn’t give even half. I know I gave more than you.”

Shakira and Gerard Pique’s custody battle for their kids

The ex-couple share 2 kids Milan, 9, and Sasha, 7. According to sources, Shakira wants to take her kids away from Spain to Miami. All of her close family and friends live in Miami and it is her home after all. Pique on the other hand does not want his kids to leave Barcelona. The kids have always lived in Spain and have all of their friends and life in Barcelona. So if it comes to a legal proceeding, Pique might have the upper hand according to sources.

Also read: ‘This was a big deal’: Shakira Sacrificed Her $350M Career To Live With Pique in Spain, a Decade Later Pique Cheated on Shakira With Clara Chia Marti – a Woman Half Her Age 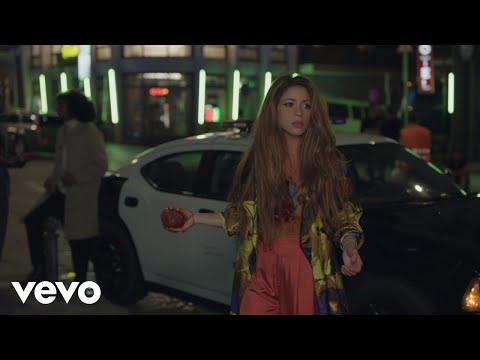 The song is originally sung in Spanish by Shakira. It has already gathered more than 17 million views in less than a day since its release.