In recent news, Kate Biscoe, the makeup artist from the movie Austin Powers in Goldmember revealed that Beyonce did not like the promotional poster which was made for the movie. It had made her ‘too skinny.’

Also read: 10 Unbelievable Demands Made By Celebrities While Working

Most of us know Beyonce for her singing and well she is an incredible one at that. Having risen to fame in the late 90s as the lead singer of a girl group band known as Destiny’s Child, she made her debut in the music industry with the album Dangerously in love 2003 which was featured in US Billboard Hot 100 number-one singles Crazy in Love and Baby Boy.

Beyonce’s Debut in the Movies

In 2001, Beyonce made her debut in the movies by starring in the television movie Carmen: A Hip Hopera which was a musical/drama. The following year to went on to play the role of Foxxy Cleopatra in the movie Austin Powers in Goldmember. Her portrayal of this role made her into a film star and led her to roles in The Fighting Temptations(2003) and The Pink Panther(2006).

Also read: Celebs That Are Never Rude To Their Fans & Actually Show Their Appreciation

She did not stop at this and went on to make many more movies including voice acting for Nala in Disney’s The Lion King(2019). She was even nominated for a Golden Globe award.

You may also like: Austin Powers: Dumb Yet Funny Scenes In The Series

The Director showed the poster to her and asked “Do you like it” and she was like “yeah” with some slight hesitation then the director went on asked “what’s wrong” and she replied “you made me too skinny” and did this hourglass shape with her hands and continued “this is not me.”

Also read: Summer 2022 Netflix Original That All Fans Are Looking Forward To 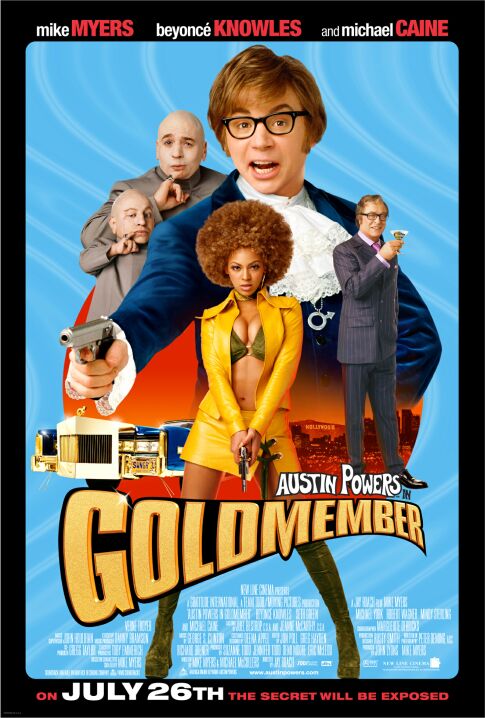 The Poster of Austin Powers in Goldmember

After she walked away, Biscoe asked the director if it was the first time some actress had asked him to make her body look bigger. He said, “Yes, it’s going to cost me thousands of dollars, but I am going to do it.” He was pretty much amazed by the confidence she had in her to portray her true self to the world and not needing any type of editing tools to make her look skinnier. She was who she was and pretty confident about it.