Joe Rogan has a busy schedule due to his massive popularity. He has worked for UFC as an interviewer and color commentator, he also went on to perform stand-ups. After hosting Fear Factor in the early 2000s, he went on launch The Joe Rogan Experience in 2009 which made him one of the most popular podcasters in the world.

Also Read: WWE Star The Miz Once Panicked After an Angry Celebrity Attacked Joe Rogan in One of the Ugliest Fights in Television History

There’s no doubt that his podcast’s popularity is what makes celebrities come to his show. While many got the opportunity to get featured in his show, he revealed Brian Johnson aka Liver King is desperate to appear on The Joe Rogan Experience (JRE) podcast.

Liver King Trying to Get on The Joe Rogan Experience Podcast

Liver King, a fitness influencer who has always preached about the primal lifestyle and eating raw meat to stay happy in life was recently under fire for the usage of steroids. Amid the backlash, in the latest episode of the JRE podcast, Joe Rogan spoke to Derek regarding the former.

He recalled that one of the former’s producers met the comedian in Las Vegas and tried to set up a JRE podcast appearance. He also added that the fitness influencer was also present at one of his stand-up comedy shows at the Canelo Alvarez-Gennady Golovkin boxing event. Even though his continuous efforts to reach Rogan were futile, he resorted to another trick by contacting his friend and popular comedian Bert Kreischer whom he thought could help him secure a JRE podcast appearance. Rogan stated:

“For what? To say that more? Come on. This is dumb, man. You ran a con game, and you got busted. And it’s unfortunate that you feel terrible. I’m sorry you feel bad. ‘Cause, that’s just what happens when you get caught lying, but you didn’t have to lie,” the commentator shared in the latest episode of his podcast.

The 45-year-old influencer, also known as Brian Johnson, is known for his physique which he credited as the result of eating raw meat, especially liver along with his activities that further help in strengthening the body. He had claimed that his great body was because of his food diet rather than any steroid use however things went south when an email was leaked last week.

When things started getting out of hand, he shared an apology video specifying that he lied about using steroids to encourage people to exercise and fight mental health illness.

It all started when a Youtuber Derek posted a clip to his More Plates More Dates YouTube channel featuring emails allegedly sent by the famous Liver King last year to a fitness coach seeking advice regarding steroids. 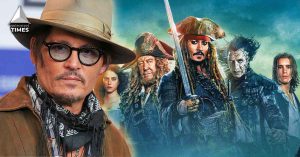