What happens to the Avengers in the far future? The Marvel 2099 timeline is a very bizarre and intriguing place to explore. Let’s dive and find out. 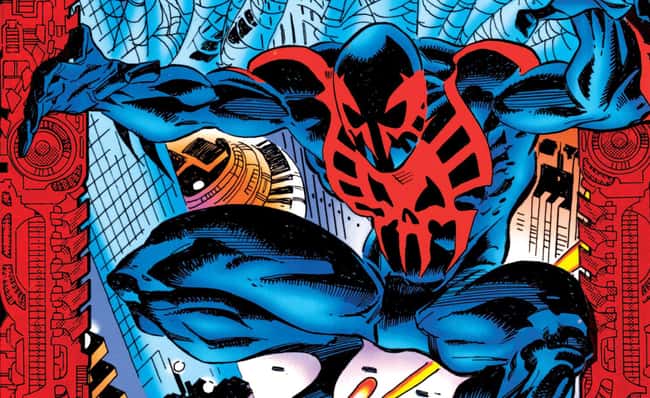 Miguel O’Hara‘s DNA is spliced with an experimental strain that was designed to create a replica of the original Peter Parker. O’Hara’s powers are similar to Peter Parker’s with a few modifications. His canine teeth can inject a paralytic toxin. He possesses telepathy and ages very slowly compared to regular human beings. 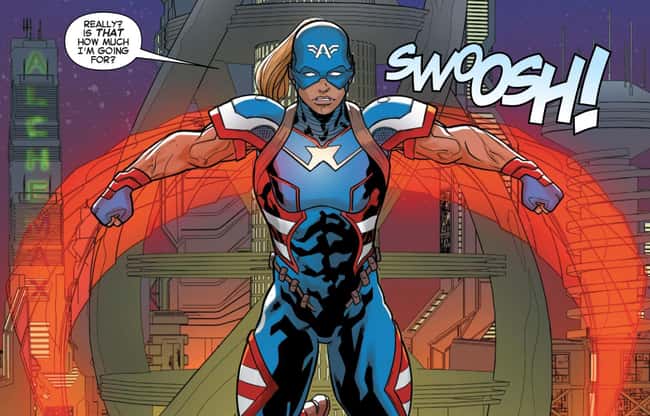 Experimental subject Number 1941 aka Roberta Mendez is given a super soldier serum similar to Steve Rogers. She also possesses energy wings that can be used for flight just like Sam Wilson, MCU’s new Captain America. Mendez also possesses a split personality. Her captain America persona and her civilizan persona do not know the other exists. 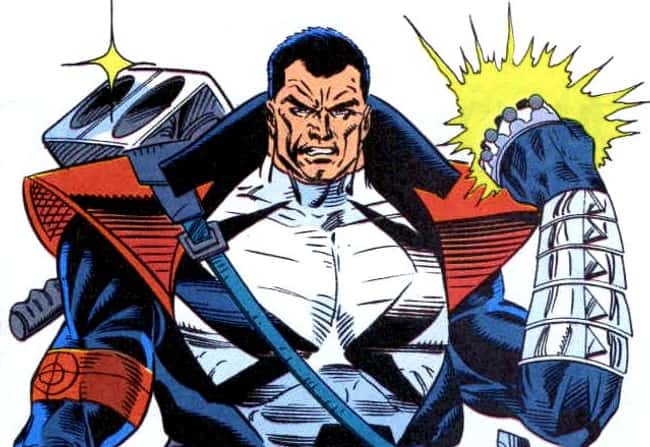 Jacob Gallows lost everything. His entire family was killed After he finds the War Journal of Frank castle, the original Punisher, he assumes the mantle of the Man who knows no pain. Gallows is not without his gadgets though. His invisible motorcycle can reach 800 mph. He has flesh searing knuckle busters, auto targeting shuriken, and turbo-kick boots that can break bones in one swing. 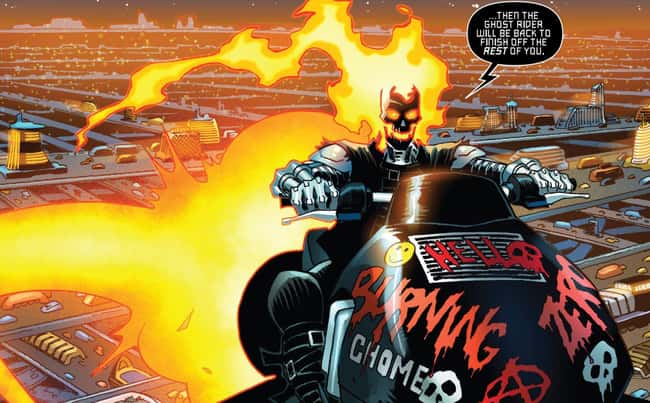 Kenshiro Cochrane was killed with a ‘tainted’ bullet. But he managed to upload his consciousness into the vast cyberspace before he got killed. After his consciousness is discovered by an AI called the Ghostworks, the former agrees to the latter’s proposal of becoming its avatar. Kenshiro is downloaded into a robotic body with a flaming skull, becoming 2099’s Ghost Rider. Nope, there’s no magic involved. 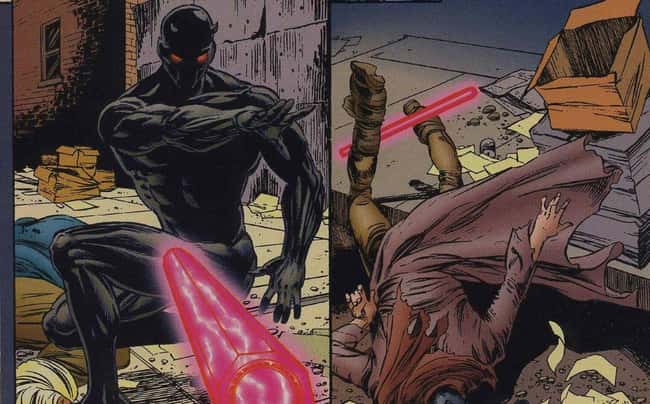 Eric Nelson is a lawyer who firmly believed in the long arm of the law. His body in infected with ‘nanomites’ that give him superhuman senses. Nelson soon comes to the conclusion that the system is flawed and he must become a vigilante to exact revenge on people who escaped justice. Nelson is an incredible acrobat and skilled in stick fighting. He is also not blind unlike Matt Murdock. 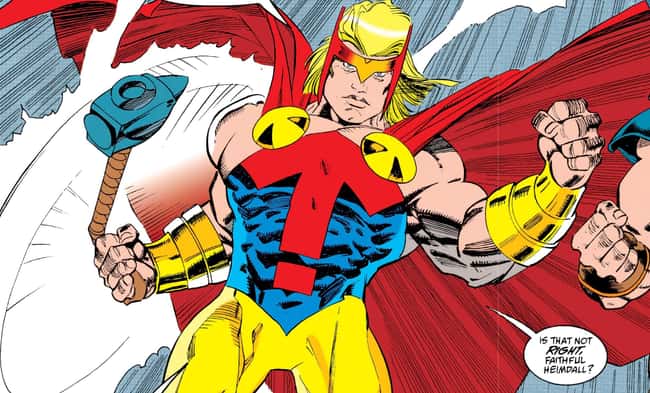 In the 2099 timeline, the Asgardians have stopped visiting the planet. So there is a surge in the worship of Norse Gods. reverend Cecil McAdam is a human who worships Thor in the Church of Thor. Alchemax Corporation fits his body with “bionanotronics” that helps him simulate the powers of the God of Thunder. Thor 2099 is anything but noble. He tries ending all humanity as we know it. 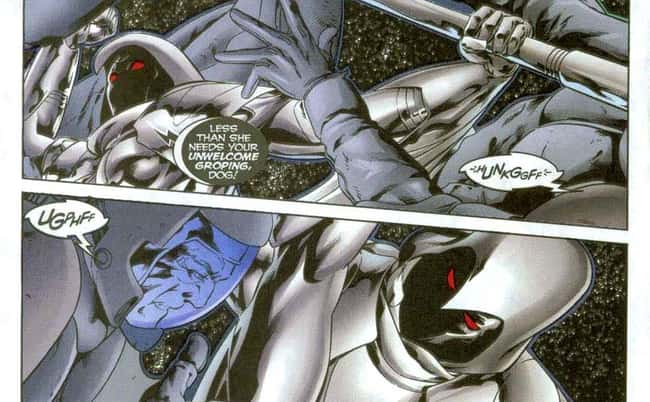 This new version of Moon Knight seems to have no connection to Marc Spector or the Egyptian God Khonshu. Moon Knight 2099 is a woman who resides literally on the moon. She is stated to be the guardian of the lunar colony of Attilan, once home to the Inhumans that is now used as a refugee base for people who want to escape Earth. 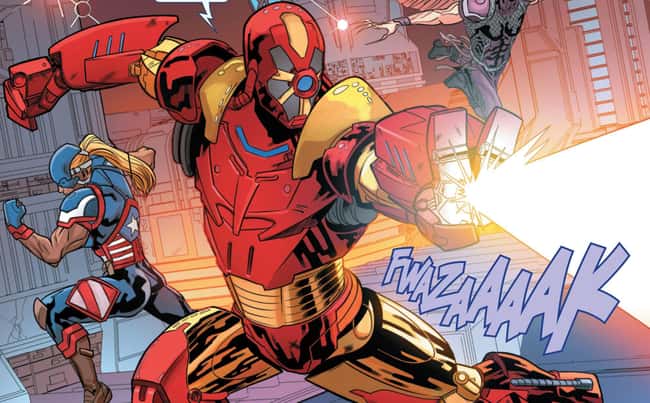 Sonny Frisco is a super intelligent, genius level inventor who is inspired by the exploits of Iron Man. He creates his own red and gold armored suit. He is significantly shorter than Tony Stark and is nowhere near as wealthy as him. Frisco is now a part of Parker Industries after he he redeemed himself post the events of 2015’s Secret Wars crossover. 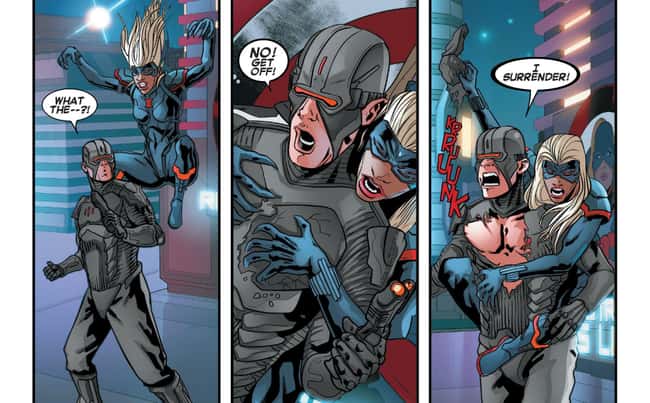 Tania wears a suit that is similar to the original Black Widow – Natasha Romanoff. She even uses the same gauntlets as hers. Tania is a serial killer who eats the men after she sleeps with them. That’s a trait she continues to flaunt even after becoming Black Widow. 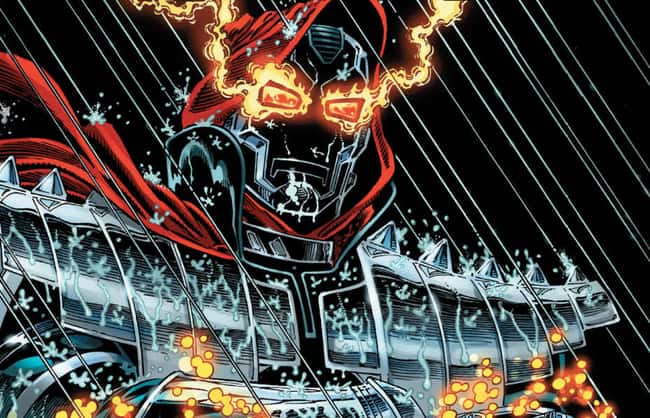 This is the actual 616 version of Doom that time travels to the 2099 timeline. Initially he has no memory of how he got there but soon concludes that he might as well conquer America while he’s at it. He does it in four issues. Doom is then defeated by the leaders of the wicked mega-corporations who march against him. In the end, Doctor Doom sacrifices himself to save what’s left of mankind from the Phalanx.